Bantwal, Jan 25: On the eve of the Republic Day, the Centre on Tuesday January 25 announced the list of recipients of the Padma awards. ‘Tunnel Man’ Amai Mahalinga Naik, who single-handedly worked to irrigate his two-acre land and succeeded in raising a small plantation has been chosen for the Padma Shri Award in the ‘Others – Agriculture’ category.

Naik had dreamt to raise an arecanut farm atop rocky hills with poor vegetation. He took up the task himself as hiring workers for digging would have been highly expensive. 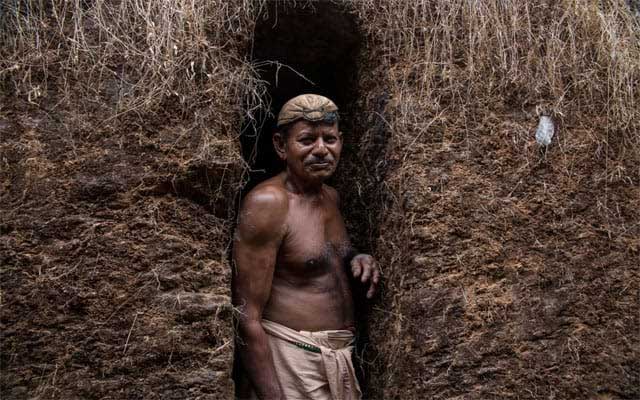 After digging up to a depth of 30 metre, he gave up and begun digging at another location guided by his instinct. But water still remained elusive at a depth of 35 metre in second tunnel. When he had to abandon digging third and fourth tunnel at 35 metre again, the hard work of four years seemed to have gone in vain. He began digging the fifth tunnel located at an elevated place. And finally at 50 feet, he discovered moisture on ceiling. At sixth attempt, at 315 ft long, he found water. Then Naik went on to dig the seventh tunnel behind his house to provide water for drinking and domestic use.

This year the President has approved conferment of 128 Padma Awards including 2 duo case. The list comprises 4 Padma Vibhushan, 17 Padma Bhushan and 107 Padma Shri Awards. As many as 34 of the awardees are women and the list also includes 10 persons from the category of Foreigners/NRI/PIO/OCI and 13 posthumous awardees.