Mangaluru, Jan 23: In a bizarre case reported from Mudipu on the outskirts of the city, the traffic police have issued a fine of Rs 9000 over a period of one month for the same vehicle.

The said two wheeler was parked in front of a medical shop in Ganesh Complex. What's more astonishing is that the two wheeler and the medical shop are owned by the same person. Meanwhile, the accused owner Srimati alleges that the Naguri traffic police have been harassing her with a law that is "not practiced anywhere in the country." 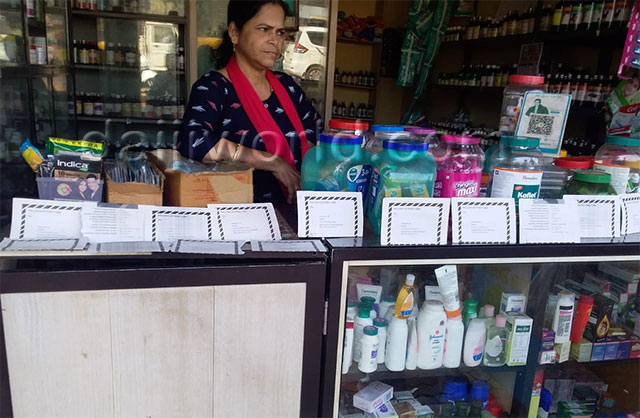 Srimati was stopped by the traffic police the early last year and informed that there was a fine of Rs 5000 on her scooter. Srimati, who was unaware of any fine on her vehicle asked the traffic police the reason for the fine. The Naguri traffic police personnel explained that her scooter wass parked in a No Parking area. Srimati replied that she had not received any notice. Then she started receiving two notices of Rs 500 and Rs 1000 fine per month. So far she has received 16 notices.

Srimati has kept all the 16 notices for display in front of her medical shop for the public to view.