Lesson from NCP to Congress - put your house in order

Mumbai, Jan 23 (IANS): Amid sparring over alliance in Goa between Maharashtra MVA partners -- the NCP, Congress and Shiv Sena, NCP leader Majeed Memon has lessons for Congress and asked them to put their house in order.

Memon Tweeted, "Congress must set its house in order soon by declaring a regular chief and reconciliation with G22 members, if it has to play a significant role in forming a strong all India opposition front to take on the NDA in 2024." 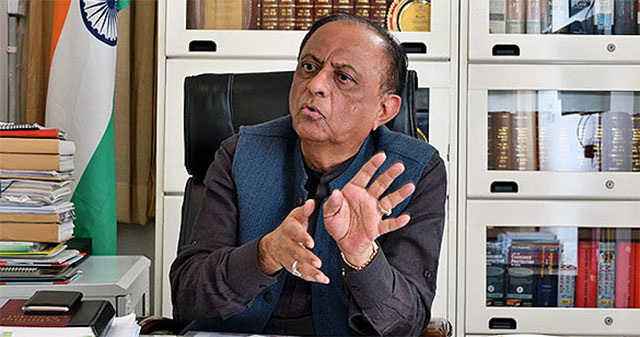 The unprecedented attack from the NCP leader comes in the wake of refusal by the Congress to ally with any party in Goa except with GFP. The three parties have formed Maha Vikas Aghadi in Maharashtra but in Goa the Congress is already in alliance with Goa Forward Party.

The Congress is not willing to go in alliance and sources say it thinks that the NCP and the Shiv Sena in the fray will split BJP votes.

The Shiv Sena leader in the past had met Rahul Gandhi and Priyanka Gandhi Vadra for the same but things did not work out as Congress assessment is that people will vote for a change. NCP leader Praful Patel has said that his party will contest with Shiv Sena in the state.

The Congress has been attacked by the Trinamool Congress and its Vice President Pawan Varma had said on Friday, that top Congress leaders, including Rahul Gandhi and P. Chidambaram, have not been able to "rise above their narrow silos" to respond to the political challenges.

Addressing a press conference here, Varma also cited Congress as the main impediment for parties like the Trinamool to take on the BJP.

"The Congress is driven by the ambition of one leader whose inadequacy I do not need to explain. Since 2012, the Congress under this leadership has lost 90 per cent of the elections it has fought. If it could deliver, why would there be a need for change? You have seen the track record... 2014, 2019," Varma told reporters.

Title: Lesson from NCP to Congress - put your house in order