"For this to happen, we call on Lebanon to distance itself from internal affairs of other countries and avoid being a platform for attacking Arab and Gulf countries," Xinhua news agency quoted Al-Sabah as saying following his meeting with Lebanese Prime Minister Najib Mikati here on Saturday.

Al-Sabah said his two-day visit to Lebanon also aims to convey a message of solidarity with the Lebanese people and to encourage Lebanon to implement necessary reforms to restore its prosperity. 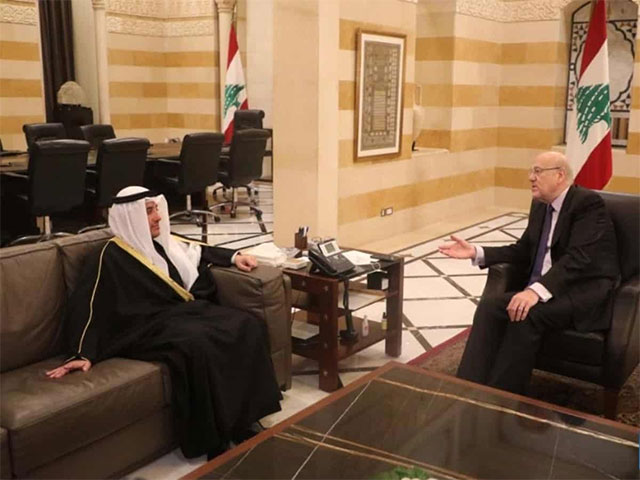 "Lebanon will restore its strong ties with its Arab brothers," Mikati welcomed Al-Sabah's visit, adding the visit reflects "brotherly feelings and a long history of trust between Lebanon and Kuwait."

This is the first visit by a senior Gulf official to Lebanon since a diplomatic rift between the two sides last year.

GCC countries including Kuwait, Saudi Arabia and Bahrain expelled in October Lebanese diplomats and recalled their own envoys following a Lebanese Minister's controversial comments about the Saudi-led military intervention in Yemen.