Mangaluru, Jan 22: Lack of political will among the Tuluva politicians who are in power both at the state and the Centre is responsible for the failure of Tulu to make it to the eighth schedule of the constitution, even though it has been a part and parcel of the daily lives of coastal Karnataka, lifeline of the people and a language that lives in the hearts of Tuluvas.

A total of 22 languages including the five Dravidian languages except Tulu have made it to the eighth schedule of the constitution. 38 languages are in line seeking recognition. The central government has been clinging on to the Pahwa Committee report of 1996 and Sitakant Mahapatra Committee report of 2003 to maintain the status quo. The Centre, which has stuck with the above reports even after 19 years, has also said it is impossible to include Tulu in the eighth schedule practically, administratively and financially. 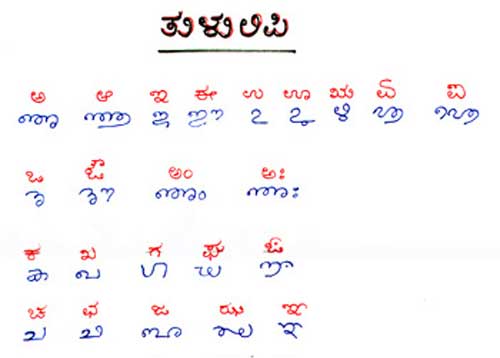 Union minister of state for home, Nityanand Rai, in reply to a question raised by Kasargod MP Rajmohan Unnithan, clarified that the proposal of including Tulu in the eighth schedule is not before the government. This indicates that it is a long, hard way for Tulu to realize this dream.

Former union minister D V Sadananda Gowda, union minister Shobha Karandlaje, BJP state president Nalin Kumar Kateel, Karnataka minister V Sunil Kumar, former union minister M Veerappa Moily and others have fought their way to the top. If they together use their strong willpower, Tulu will be able to be included in the eighth schedule of the constitution.

Tulu has been taught to willing students in primary and high schools here for the last about a decade. Karnataka Tulu Sahitya Academy has been popularizing Tulu script and language, with the support of organizations and institutions. But it is evident that the Tuluva politicians from Karnataka are not showing the keenness and interest as exhibited by Kerala government and politicians from Kasargod to win the deserved honour for Tulu language. The Swamijis of the eight Maths in Udupi have been following with the unique tradition of signing in Tulu script.

As per the 2011 census, even though the number of Tuluvas was 18.46 lac, people whose mother tongue is not Tulu also use Tulu in their daily lives. Out of the five Dravidian languages, Tulu alone has been deprived of the legitimate honour it richly deserves. The eagerness of the Tuluvas to see their mother tongue being included in the eighth schedule can only be matched by the politicians if they have the will power to assert their might.