Bengaluru, Jan 20 (IANS): A 39-year-old woman has filed a complaint against a Police Inspector in the city accusing him of sexual harassment.

In a complaint with Bengaluru Police Commissioner Kamal Pant, the woman claimed that the accused allegedly asked her to bribe him or gratify him physically, police said on Thursday.

The allegations are being made against Inspector Vasanth Kumar, attached to Hennur police station in Bengaluru. According to the complainant, the inspector allegedly took advantage of her situation when she went to lodge a complaint against her tenant on January 13. 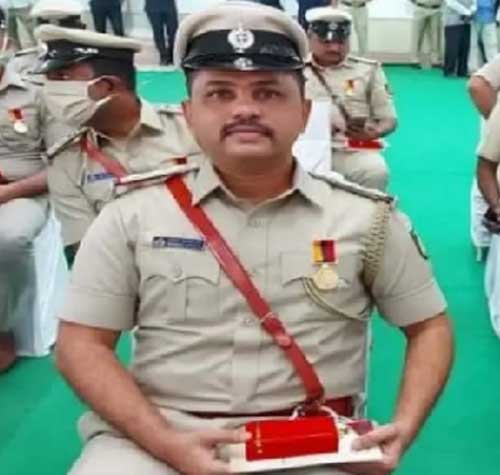 The woman reportedly went to the police station after being attacked by her tenant and her family members. Though she suffered injuries, her complaint was not registered by the inspector. Later, she was called to the inspector's chamber and given two options, the complainant alleged.

"Inspector Vasanth Kumar asked me to either pay Rs 5 lakh to him or oblige to his requests of sexual favour whenever he wants. He said that if she agreed to his demands he would help her," she alleged.

She has explained that the Inspector had abused her verbally after she refused to give in to his demands. The victim said that Inspector threatened to get at least 10 complaints lodged against her and also lodged an FIR against her. She maintained that bail was obtained with great difficulty in that case.

"After obtaining the bail, the accused inspector would call me to the station. He would take me to his chamber and force me to accept his offer. He used to hold my hand and drag and say that he wanted me at any cost. I suffered the torture for a long time," she said in the complaint.