New Delhi, Jan 18 (IANS): Shares in textile business have witnessed a consistent uptick in the recent months due to various policy measures and on hopes of a firm outlook for the sector going ahead.

Besides, the GST council's recent move to defer rate hike on textiles has buoyed investors' sentiment.

In its latest GST council meeting, it was unanimously decided to defer a hike in rates on textiles from 5 per cent to 12 per cent, which was to come into effect from January 1. 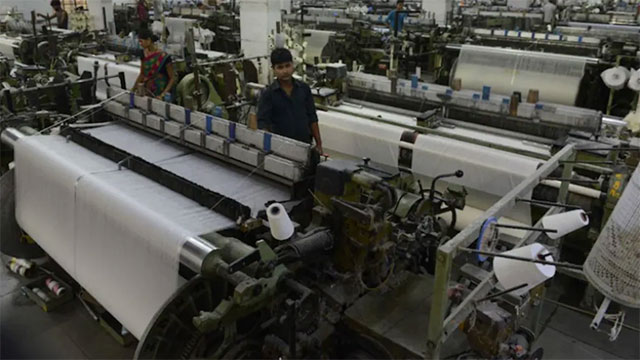 The matter will be discussed again in the next council meeting.

The deferment came as several states flagged higher tax rates on textile products to be put on hold.

The decision by the Council gave a breathing space to the industry.

The shares of Bhilwara Spinners, Nitin Spinners and Nahar Spinning Mills companies rose 252 per cent, 316 per cent, 711 per cent, respectively, over the past one-year period.

Notably, much of the rally in the textile stocks was due Centre's production-linked incentive (PLI) schemes in the key manufacturing sectors, which included the textiles sector.

On September 8, 2021, the Union Cabinet had cleared the PLI scheme for the textile sector with an estimated budget outlay of Rs 10,683 crore.

The Centre, through the scheme, aims to provide a big fillip to the man-made fibres and technical textiles segments by promoting industries that invest in the production of some select textile categories.

Consequently, shares Of companies such as Alok Industries rose 40 per cent, Trident 333 per cent, KPR Mill 315 per cent, Arvind 195 per cent, Welspun India 134 per cent, Gokaldas Exports 344 per cent, Lux Industries 147 per cent, Filatex India 109 per cent, and Ambika Cotton Mills 105 per cent during the period.

In addition, analysts said that the stock price movement is likely to continue in the near future.