Jeddah, Jan 15: Two different attempts to smuggle 8.3 million amphetamine Captagon pills were thwarted by Saudi Zakat, tax and customs authority in its continued efforts to eradicated drug smugglers. These were confiscated at Jeddah Islamic Port. The pills were hidden in consignments coming into the kingdom.

The first consignment was that of onion in which 3054000 Captagon pills were hidden. It was unearthed when the onions were subject to custom procedure and were sniffed by police dogs.

In another attempt by smugglers to transport 5281250 pills hidden in consignment of Silicone barrels was also unearthed by the custom officials through modern technique and sniffer dogs. 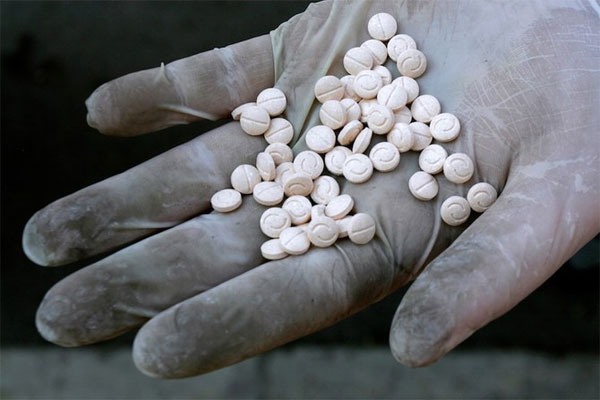 The police arrested three people in this connection. The authority also said that they are further beefing up the security measure to control the drug menace.

The authorities to control drug menace in the kingdom will give financial rewards for accurate tips given by the public. The public can approach the officials of the authority on number 1910 or on email 1910@zatca.gov.sa or on international number 00966114208417.