Puttur: Murder attempt on SI during Uppinangady protest - Another held

Puttur, Jan 12: The Uppinangady police had taken into custody Popular Front of India (PFI) leaders for questioning relating to an incident of altercation between groups which were armed with swords. A protest was held on December 14, seeking to release these PFI leaders. On that occasion, murder attempt by stabbing Bantwal rural station sub-inspector, Prasanna Kumar, was made apart from some other incidents of violence. Relating to these acts, the Uppinangady police have arrested another accused.

The person now arrested is Muhammed Haneef (41), resident of Borugadde in Kukkala village, Madanthyaru. He was arrested from near Madanthyaru panchayat office on Tuesday January 11 and produced in the court. 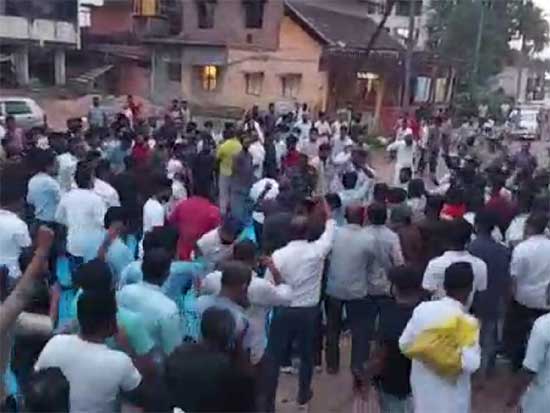