ED attaches property of UP businessman running office from Mumbai

Mumbai, Jan 8 (IANS): The Enforcement Directorate (ED) on Saturday said that it has provisionally attached immovable properties worth Rs 1.37 crore of Mumbai-based Sheela Sales Corporation and its owner Ashok Kumar Singh, a businessman from Jaunpur, Uttar Pradesh, under the Prevention of Money Laundering Act (PMLA).

The firm was issuing bills to different other firms which indicated the purchase of goods whereas no goods were actually supplied.

The ED official said that the attachment proceedings were initiated in connection with a probe related to fake invoices case. 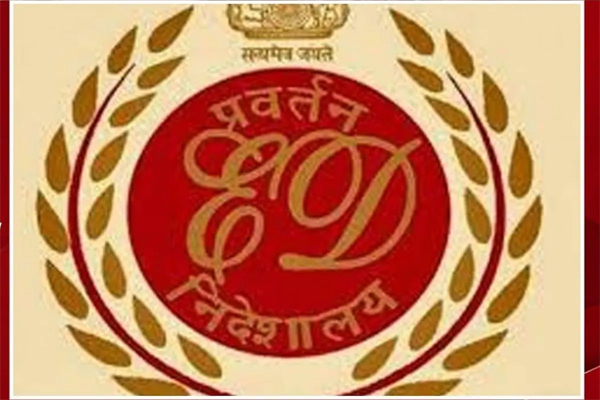 The firm has been accused of issuing fake invoices with the purpose of laundering money.

"The case pertains to Mumbai based firm Sheela Sales Corporation and its proprietor Ashok Kumar Singh. The attached immovable properties consist of three flats in Mumbai and two plots in Jaunpur. These real estates were purchased in the name of the businessman and his family members," said an ED official.

Initially, a case against them was lodged by Uttar Pradesh Police. Later, the ED initiated the probe of money laundering against the businessman and his firm.

"ED initiated money laundering investigation on the basis of FIR by Uttar Pradesh Police. Our probe revealed that Sheela Sales Corporation availed Input Tax Credit (ITC) worth Rs 63.5 crore during from July 2017 to September 2019 on fake invoices worth Rs 352.9 crore raised in the name of Jai Bajrang Traders for supply of goods to Sheela Sales Corporation without any actual supply of goods," the official added.

The official said that they have recorded the statements of the businessman, his employees in this connection.

The Chartered Accountant of the firm was also questioned regarding his dealings with other businessmen and money transctions of last few years.

The ED official said that further probe in the matter is on.