Mysuru, Dec 9: "BJP does not have any issues in its possession at present to snatch voters towards itself. Therefore, it has been raising the topic of prevention of religious conversion act to mislead the voters," analyzed leader of the opposition, Siddaramaiah.

Speaking to media persons, he said that the said law is irrelevant as the constitution has given the right and liberty to choose one's religion and blocking it is against the tenets of the constitution. "If someone is forcibly converting others, in such cases, they can take action. What is the need to ban religious conversions? This is a law being brought against the Muslims and Christians," he felt. 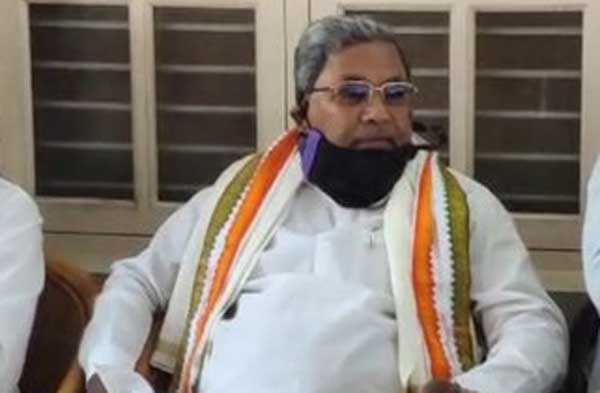 Siddaramaiah said that the BJP government is neck deep in corruption and pointed to the letter of contractors association to prove his point. "The chief minister has questioned whether there was no corruption in my period. He can order investigation including my term," he stated.

Siddaramaiah expressed anger at the false information about differences between D K Shivakumar and him being spread by people and the media. He accused the BJP of being involved with this misinformation campaign for political gain. He asked the concerned to provide proof for the allegations.

On the issue of former MLA Chimmanakatti having expressed his dissent openly for giving ticket in his home constituency to Siddaramaiah, the former chief minister said that his party believes in internal democracy and that whenever such issues are raised, the party finds solutions.