Mangaluru, Dec 8: The 18 Karnataka Battalion NCC, Mangalore Group, under the able guidance of Col Nitin Bhide organised the ‘Wreath Laying Ceremony’ at the Kadri War Memorial on December 6 to mark the Golden Jubilee year of the 1971 Indo–Pak War. During the programme, the martyrs-veterans and the Next of Kin were felicitated in honour of their exemplary service to nation as the nation celebrates the 50th Anniversary of the momentous Victory, ‘Azadiki Vijay Shrankhalaaur Sanskritiyonka Mahasangam’ to inspire the next generation of our nation.

On behalf of Col A K Sharma, group commander, Mangaluru Group NCC and All Ranks of the Group, commanding officer, 18 Kar Bn NCC, Col Nitin Bhide extended heartiest congratulations on the Golden Jubilee of the 1971 Indo – Pak War and said, “Today, we are gathered here to honour the martyrs, felicitate the Gallantry Awardees and their Next of Kin and express our Nation’s collective gratitude to the Veterans of the War. This is an endeavour of the grateful nation in the on-going Vijay Shrankhla being organised all over the country, leading to the Vijay Diwas on December 16." 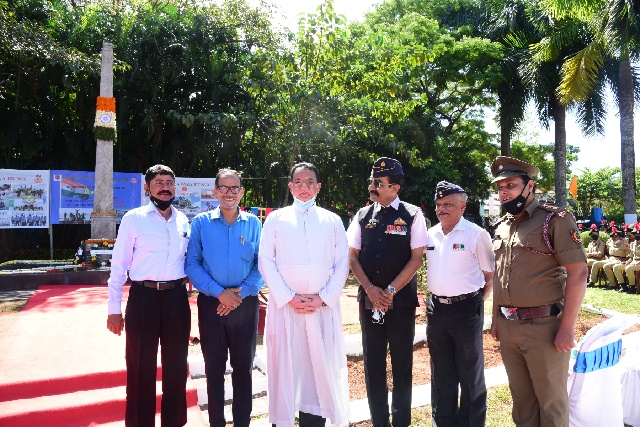 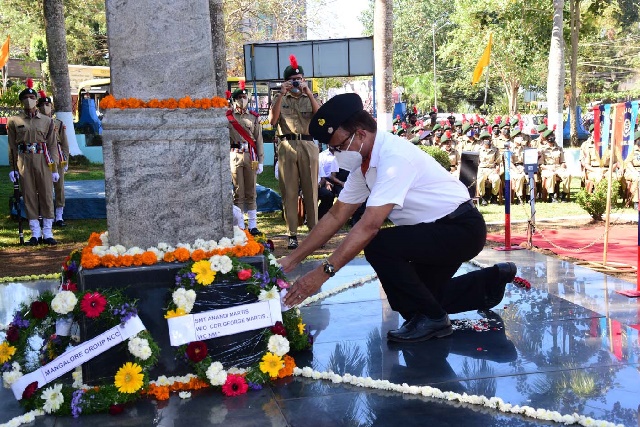 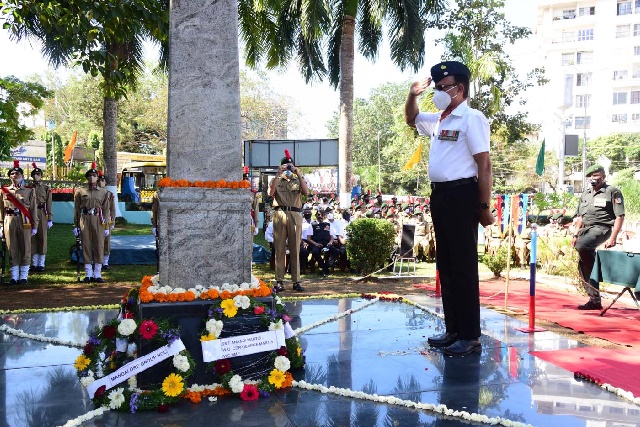 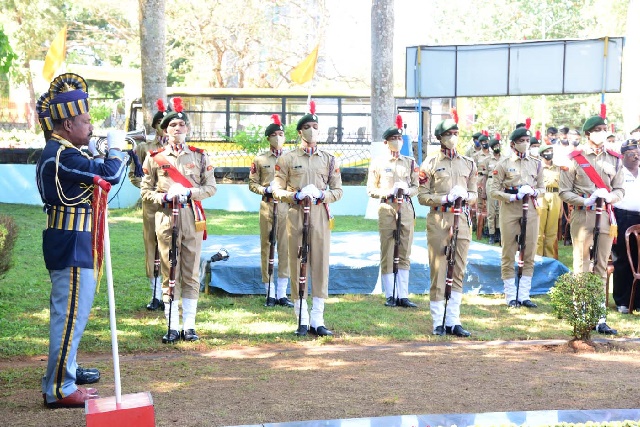 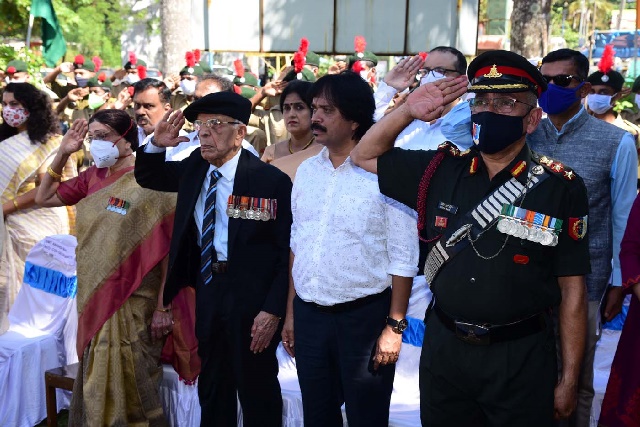 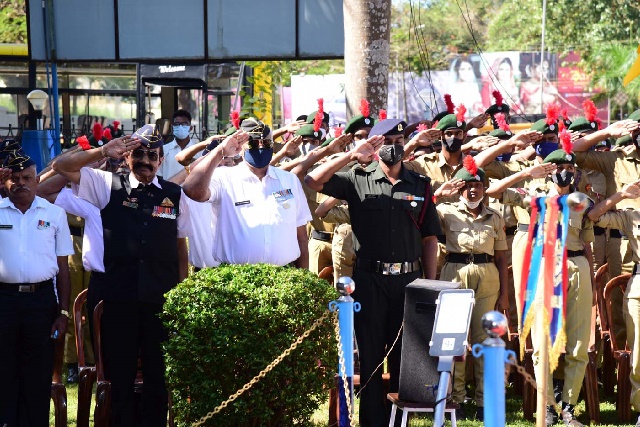 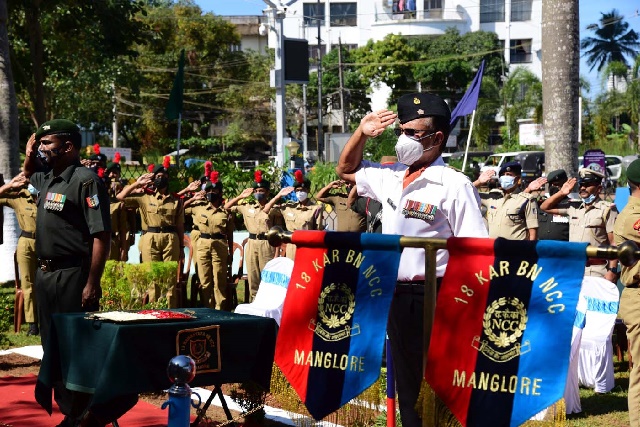 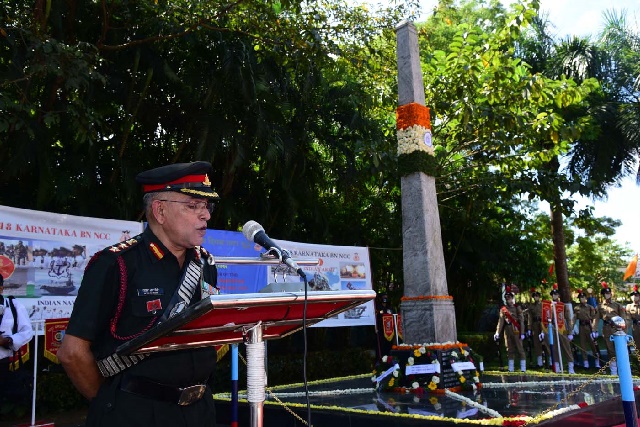 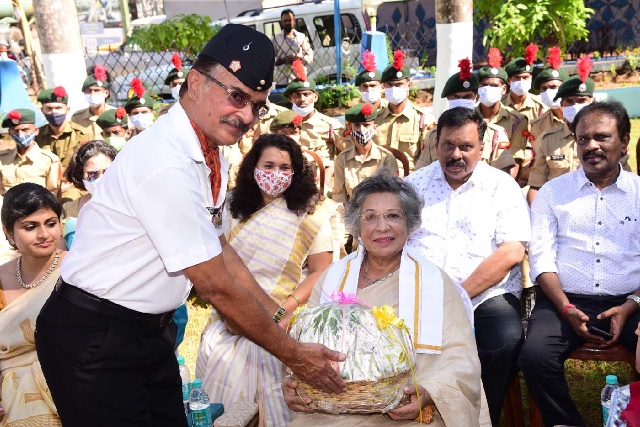 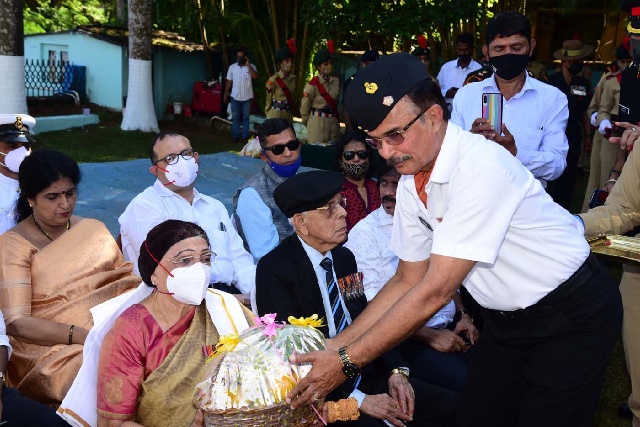 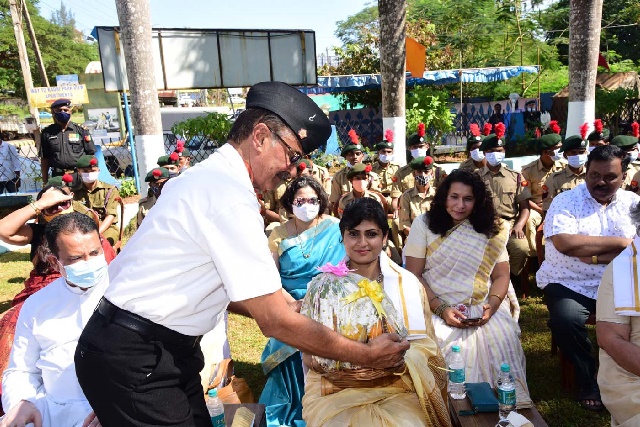 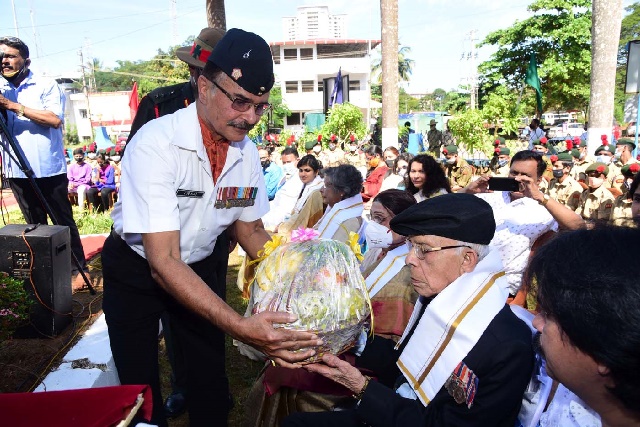 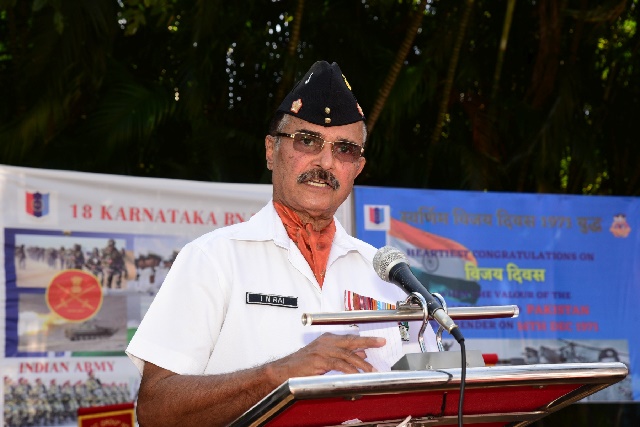 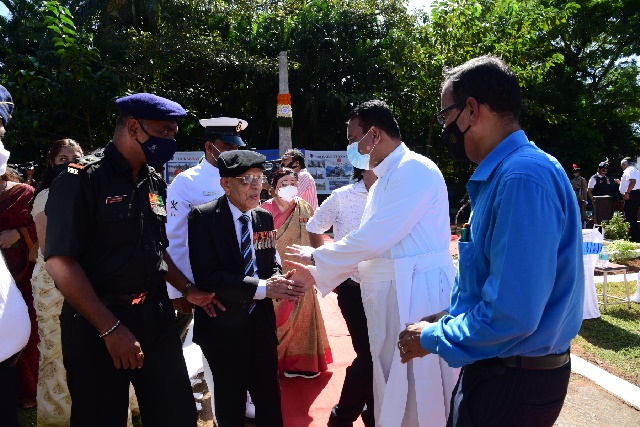 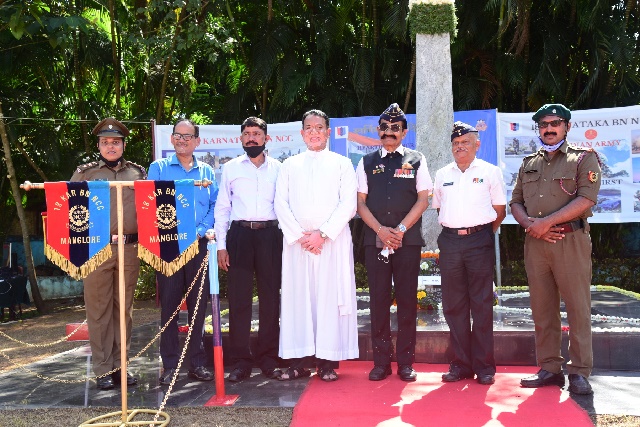 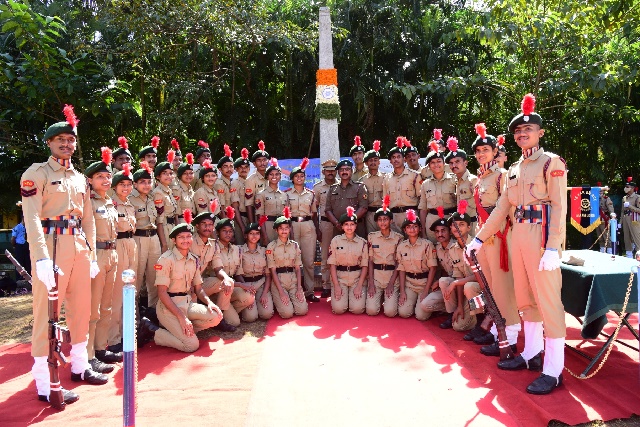 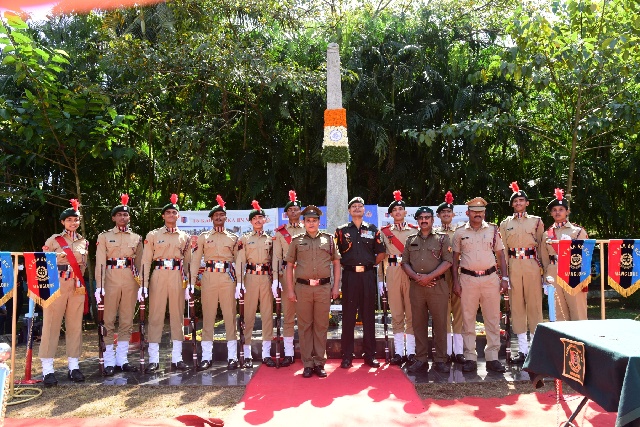 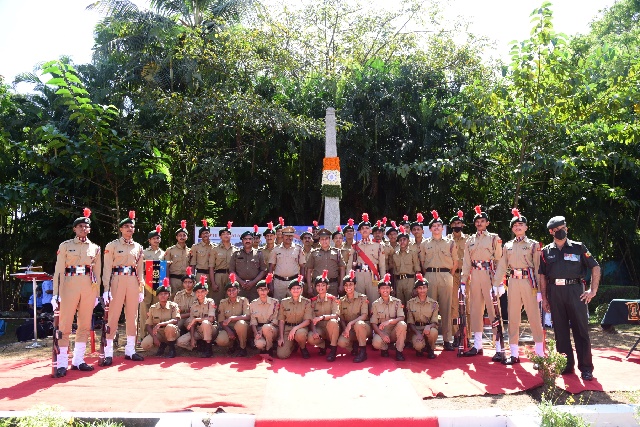 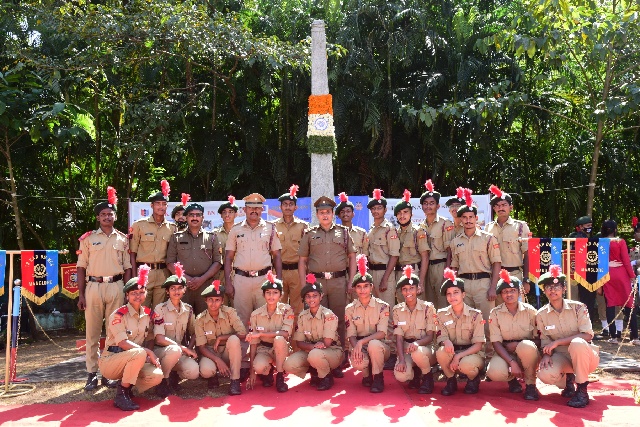 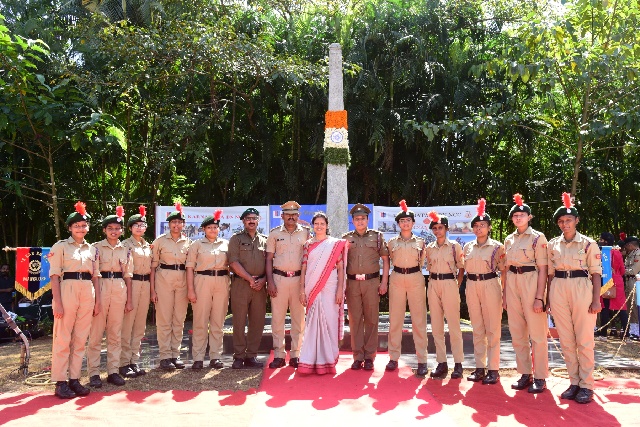 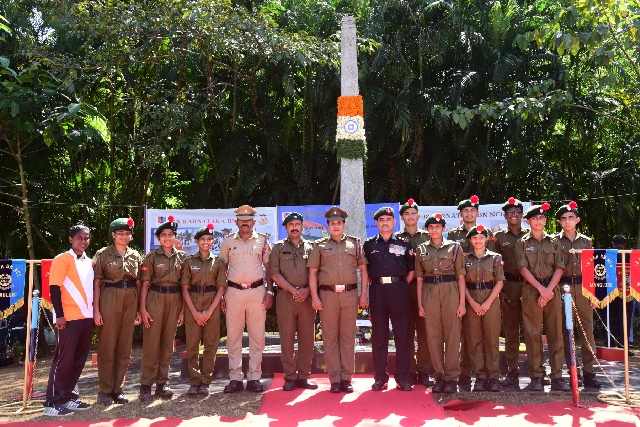 Brig. I N Rai, in his speech said, “This is indeed a memorable ceremony to honour our brave soldiers and fallen heroes and also to commemorate the 50th year ‘Swarnam Vijay Diwas’.” He felicitated the following Gallantry Awardees and the next of their kins."

Anandi Martis, wife of Cdr George Martis VrC, NM and Bar Operation Savage. Cdr George Martis, was already in receipt of NM for gallantry before the war, received a VrC during the 71 war and was conferred a NM for subsequent action. A road in close vicinity of the War Memorial was named after him.

Capt Vasanthi Rebello (Retd), wife of Cdr Vernon Francis Rebello NM. The award was conferred on him for conspicuous bravery and devotion to duty in face of the enemy, in the highest traditions of the Armed Forces.

Priyanka Soans, daughter of Lt Cdr Herbert Soans, NM, VSM. Lt Cdr Soans personally led his team in rescuing all hands on S SMariviki in distress. During the 1971 War, Lt Cdr Herbert Soans NM brought to bear all his professional acumen, dedication and devotion to duty to the task at hand. For his service during the War, he was conferred the VishishtSeva Medal.

The 98-year-old MWO Harekal Lakshmana was honoured for his gallant and meritorious duty during the war. Under the orders of the President of the Republic of India, the mention of 43598 Warrant Officer Harekal Lakshmana’s name in a dispatch by the Chief of Air Staff was published in the Gazette of India on 1st July 1972.