Panaji, Dec 8 (IANS): Goa Chief Minister Pramod Sawant on Wednesday said that he would sack any minister from his cabinet, if allegations of sexual exploitation against his Ministers is proven. 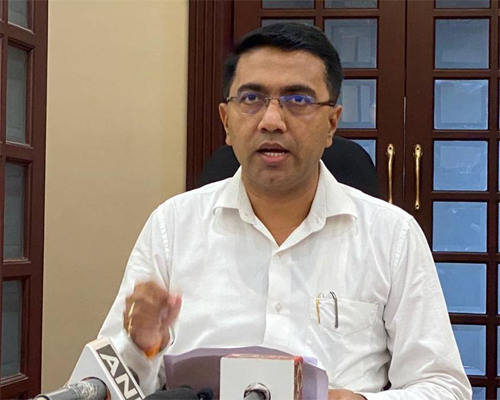 Chodankar, who did not name the Minister, had also alleged that Sawant was trying to destroy evidence linked to the case. "I am telling you, I will sack anyone. Anyone can make political allegations to get publicity and as part of strategy for elections, which are near," Sawant told reporters at a press conference in Panaji.

On November 30, Chodankar in a press conference had alleged that a cabinet minister in the BJP-led coalition government had sexually exploited a woman and further alleged that Chief Minister Pramod Sawant was using the Goa Police to destroy evidence connected to the case. Chodankar had claimed that he had seen video, audio and WhatsApp messages which the state Congress president suggested sexual exploitation of a woman by the Minister.

Chodankar had also said that if the BJP-led coalition government did not take action against the Minister, the party would release the evidence in the public domain ahead of Prime Minister Narendra Modi's scheduled visit to Goa on December 19.

"In this state women have rights and if such atrocities have been committed on women, they should just file a complaint. Let the complaint come. As a Home Minister I will order a thorough enquiry. I am firm on it," Sawant also said.