Los Angeles, Dec 3 (IANS): Rapper Travis Scott (II) is getting ready to appear in court after billions worth of lawsuits filed against him following deadly Astroworld Festival.

He has reportedly has secured himself with a high-powered legal team, including Donald Trump's lawyer, reports aceshowbiz.com.

Travis has teamed up with Daniel Petrocelli, the lawyer who once defended the former US president against fraud lawsuits over Trump University real estate seminars in 2016. 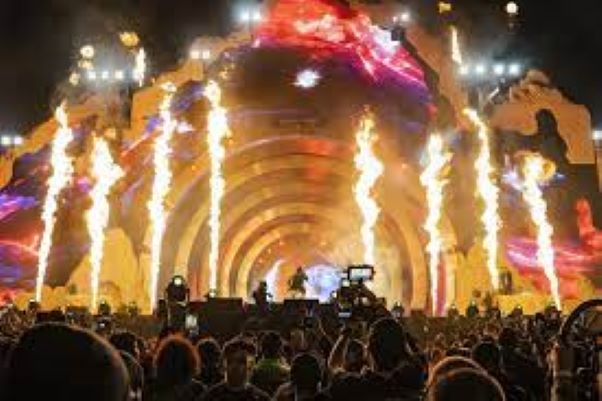 Petrocelli will represent him against his mounting suits.

In addition to PetrocelliDaniel, firm partners Steve Brody and Sabrina Strong will also be representing the hip-hop star.

Travis has been named in more than 250 lawsuits, seeking approximately $3 billion in damages, alongside Live Nation, Drake, Apple Music and other festival organisers over the November 5 tragedy in Houston that left 10 concert-goers killed and hundreds injured.

On November 24, Petrocelli reportedly offered to pay for the funeral costs of the victims.

However, on November 29, Bob Hilliard, a lawyer for the family of 9-year-old victim Ezra Blount, shared in a letter that the family declined the offer.

"Your client's offer is declined. I have no doubt Mr. Scott feels remorse," the attorney stated.

"His journey ahead will be painful. He must face and hopefully see that he bears some of the responsibility for this tragedy."

As for now, half of the victims' families have turned down Travis' funeral cost offer.

A lawyer for the family of 14-year-old John Hilgert dubbed the "Goosebumps" spitterr's offer "demeaning and inappropriate."

The legal representation told Rolling Stone on December 1: "It was not an offer they were going to seriously consider. Of all the things this case is about, that's the least of any concern. This family is set on making change and ensuring this never happens at a concert again."

The lawyer added: "I find offering to pay for funerals frankly demeaning and really inappropriate to the magnitude of the tragedy that unfolded."

A lawyer for the families of Jacob Jurinek and Franco Patino said that Jacob and Franco's families "realised quickly that all (Travis) was trying to do was trying to lessen the public outcry on his case."

The family lawyer for 21-year-old victim Axel Acosta described the lawyer's gesture as a "bulls**t."

The attorney stated: "If you gave a s**t about these families, you wouldn't have to put out a press release for everyone to see saying he's willing to pay for a funeral."