Mangaluru, Dec 2: The family of a youth, who was killed in an accident, was to get an insurance amount of Rs 15 lac. The family was waiting for the money, but it got the message that the entire amount of Rs 15 lac had been withdrawn. The family members became suspicious after receiving the message on the mobile phone. After making enquiries, they came to know that the advocate who happens to be their relative and on whom they had enormous trust had usurped their money.

In an accident which happened in January, 2019 at Peenya Bengaluru between a motorbike and a cab, Sharan from Bajpe and his friend had lost their lives. After the funeral, as per law, the family of the deceased youth was to receive an insurance amount pertaining to the accident. When the family was thinking of ways and means to claim this amount, their relative, Padmanabha, an advocate, came forward to help them with the case. Parents of the deceased Sharan appointed him as their lawyer as being a relative known to them, they trusted him. 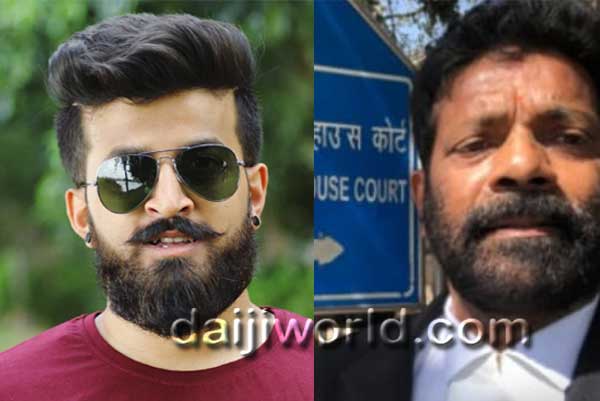 As time rolled by, the family's wait for insurance money became agonizing. Toyota company Bengaluru where Sharan worked, disbursed Rs 35 lac as compensation. But, the insurance amount was not received. After many days, the advocate called the parents of Sharan and asked them to visit the senior court in Mangaluru to meet him. The family went there. At the office, the advocate allegedly got their signatures for various applications and blank sheets. The father of the deceased youth noticed that when their signatures were being obtained, there was a HDFC Bank cheque.

Within Days thereafter, Sharan's widow got information on mobile about Rs 15 lac having been disbursed. The message stated that the amount was credited to the savings bank account with the post office. The parents were surprised as they did not have any account in the post office. Therefore, they remained quiet, suspecting this to be a phishing message sent by fraudsters. After two days they got the message that the money had been withdrawn. The family got suspicious and approached another advocate, who also is related to them, at which the cheating came to light. It has now transpired that advocate Padmanabha, who obtained signatures of the parents of the accident victim, had obtained signatures in blank sheets. He used these to open a fake account in the post office and transfer money there. The family says that the advocate got the entire money transferred to his account and used the money for his personal expenses.

The parents of the youth, aggrieved and shocked at having been defrauded by a relative in the name of their deceased son, have now approached the police station. Case under various sections of the Indian Penal code has been registered in the city (north) police station here. But so far, advocate Padmanabha has neither presented himself in the police station nor appeared in the court, the family says. The family is in distress having lost their son who was the pillar of support for the family. Their relative and advocate of the couple added insult to the injury by siphoning off the insurance amount which belongs to the bereaved family members.