Bengaluru, Nov 30: Chief Minister Basavaraj Bommai reiterated for the second time that there is no question of imposing lockdown in the State and appealed to the people to ignore rumour mongering as normal life must go on.

Speaking to reporters near his residence on Tuesday, he made it clear that the State Government has no proposal whatsoever of clamping lockdown and urged the people not to pay heed to rumours.

However, he asked the people to strictly follow the Covid norms in public places. 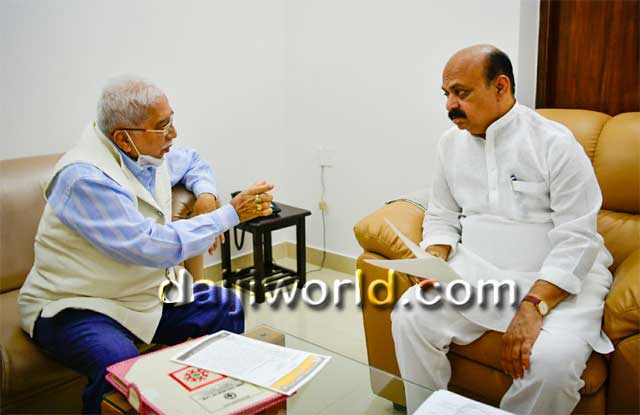 Institutions too need to function responsibly by adhering to the norms at programmes conducted by them, Bommai said.

The Chief Minister said the State Government is keeping strict vigil against Omicron, the new variant of Covid virus.

Meanwhile, precautions against the Delta variant too is being tightened.

The State Government is tackling the issue on two fronts, he said explaining that test swab samples in suspicious cases had been sent to NCBS for Genome sequencing to ascertain the exact variant.

International passengers are being strictly screened at the airports. Those who were in contact with them are also being traced and tested, he said.

The State government has issued the guidelines for setting up clusters where a spurt in the cases had been reported.

Those in the clusters are being tested again 7 days after they get a positive report of the first test. About 4000 persons have been tested at SDM College in Dharwad.

Similar tests are on at clusters in Mysuru, Hassan and Anekal in Bengaluru, Bommai said.