Heavy rains cause extensive damage to farmers in Karnataka

Bengaluru, Nov 23 (IANS): Heavy and unrelenting rains have caused extensive damage to standing and harvested agricultural as well as horticultural crops in Karnataka. The rains have damaged jowar crop in north Karnataka and ragi in southern districts of the state.

Jower is the staple food of north Karnataka, whereas ragi is staple diet of the people of south districts.

Heavy rains in Karnataka since September have caused loss of agricultural crops in five lakh hectares in the state. Horticulture crop loss has been assessed for 30,114 hectares. 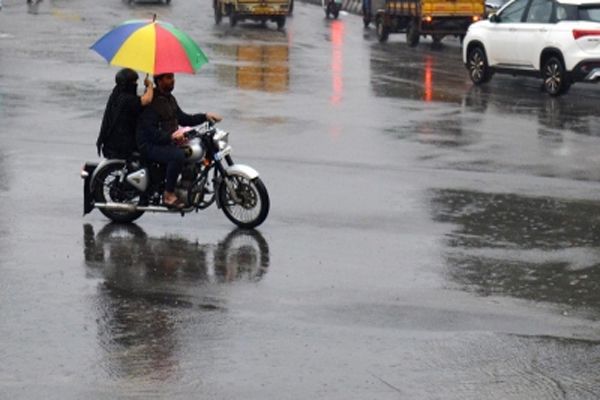 Officers of the agriculture department at all levels were instructed to engage themselves in conducting surveys of crop losses.

It is estimated that crops in 3.43 lakh hectares were affected due to incessant rains in August and September affecting 1.5 lakh farmers. Since, the copious rains continued throughout November, the damage to the farming community is immense.

Rs 130 crore has been released for the farmers so far by the Karnataka government. Compensation for 79,000 farmers is pending and Chief Minister Basavaraj Bommai has instructed for release of Rs 79 crore towards clearing the compensation due to battered farmers.

Officers have been instructed to take action and ensure speedy disbursal of crop loss insurance amount by the insurance companies to farmers. Chief Minister Bommai has also given directions to take up repair work of irrigation tanks on war footing.

The farmers of south and coastal Karnataka are praying to rain gods, as they could heave a sigh of relief with the areca nut crop if heavy downpour stops.

Farmers have also lost their houses to rains. According to sources, the preliminary report on the damages stated that 658 houses were completely damaged and 8,495 houses were partially damaged. It has also resulted in the death of 191 livestock.

An amount of Rs 689 crore is made available with District Commissioners under National Disaster Relief Fund (NDRF) to cater to the immediate needs of rain affected people and regions. Chief Minister Bommai has assured allocation of more funds if necessary. Action for immediate release of Rs 1 lakh as the first instalment of relief for those who lost their houses has been initiated.

Koppal district known as rice bowl of the state saw total destruction of paddy fields. Harvested paddy stored in open fields also perished. The farmers of Karatagi and Gangavathi taluks of the district known for paddy cultivation are now looking to succour from the government.

The farming community is in despair as the crop was destroyed at a time when grain formation of the paddy crop was over and the crop was ready to be harvested.

Title: Heavy rains cause extensive damage to farmers in Karnataka