Bengaluru, Oct 29 (IANS): Karnataka High Court has directed the state police not to take any coercive measures against Bhavith Seth and Harsh Jain, the Founders and Directors of Sprota Technologies Private Limited which promotes the 'Dream 11' online game app.

Bhavith Sheth and Harsh Jain had moved to the High Court seeking quashing of FIR against them in Annapoorneshwarinagar police station in state capital Bengaluru.

The single-judge bench headed by Justice Srinivas Harishkumar on Thursday adjourned the matter to November 9 and directed the police not to initiate any legal action against them. 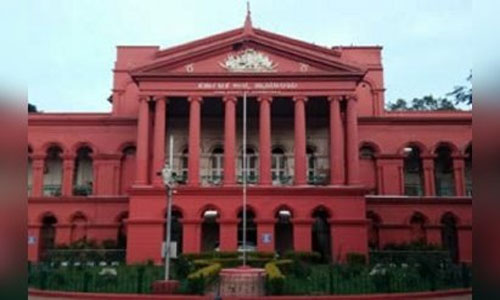 Bhavith Sheth and Harsh Jain have been booked as accused number one and two. The police have initiated action based on the complaint by one Manjunath, a resident of Nagarbhavi in Bengaluru.

Manjunath's complaint said the state government made amendments to the Karnataka Police Act, 1963, prohibiting online games of chance and skill where money is risked. The complainant searched the Google Play store to know how many online games were withdrawn. Surprisingly many companies have blocked their mobile applications except for 'Dream 11'.

The Karnataka government considers online games of betting and wagering as punishable acts, still they have been continuing betting on online games by promoting their online mobile gaming application called 'Dream 11'. The people are still putting and risking their money by creating their own fantasy cricket team and losing huge amounts of money providing the chance to the accused to earn unlawfully, the complaint added.

The ruling Bharatiya Janata Party government has notified the Karnataka Police (Amendment) Act, 2021, banning all formats of online games involving wagering, betting and gambling of all nature and forms in the state.

Under the new legislation, online gaming is considered a non-bailable offence with a fine of Rs one lakh and imprisonment up to three years. Along with banning games of skills, the government has categorised online games using electronic means and virtual currency, electronic transfer of funds in connection with any game as gambling.

The new legislation passed in the Monsoon Session of Karnataka Assembly has also got consent from the Governor. Mobile Premier League (MPL) was one of the first companies to stall its operations in Karnataka followed by Paytm First Games.

The online gaming companies are contemplating to move before the court questioning the new legislation such as in Tamil Nadu where the online gaming operators got relief against the state government order from the High Court.

The Internet and Mobile Association of India (IAMAI) has said the new legislation by the government will harm the image of the state as a startup hub and the state exchequer will see a huge revenue deficit. It also maintained that with the new legislation, offshore gamblers will flourish. Sources say that the state has more than 100 gaming companies with a workforce of 4,000 people.

According to consulting firm KPMG, the IPL Fantasy League itself is worth $1 billion. With the ongoing T20 World Cup from September 19 to November 14 is the peak of the fantasy cricket season in 2021. The ban will be a huge blow to fantasy cricket lovers in Karnataka as the state is among the two top fantasy sport markets in India along with Maharashtra.