Bengaluru, Oct 25 (IANS): A seven-year girl, studying in second standard in Bengaluru has made a video appeal to Karnataka Chief Minister Basavaraj Bommai to end pothole menace in Bengaluru. She also offered her pocket money for filling up roads ridden with potholes.

The 1.13 minute video of L. Dhavani has gone viral on the social media. Individuals and organisations have praised the little girl for her social concern.

Talking to IANS, Dhavani explained she made the video as she has fallen from the bike many times due to potholes. And, while reading newspapers at the library, she came to know that many lost their lives due to potholes. What if the government does not respond? Dhavani says that she will start filling potholes one by one herself. 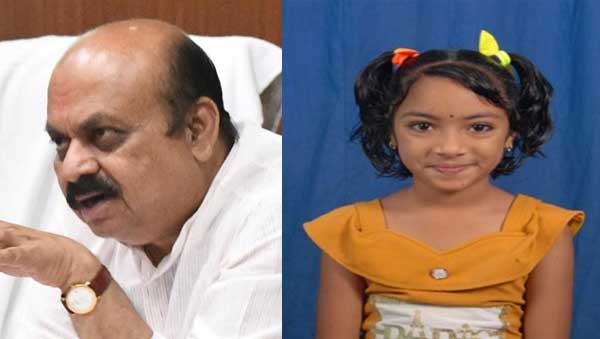 Dhavani has addressed Bommai as 'thata' (grandfather) and explained to him that the condition of Bengaluru roads is pathetic as they are ridden with potholes. "Please get these potholes fixed. They have become death traps. Many people are losing lives. Their families are orphaned. Who will take care of their families?" The girl questions Bommai in the video.

She has offered her pocket money to fix the pothole problem.

Rekha Naveen Kumar, the girl's mother explained that Dhavani, studying at a government school in Hegganahalli herself made this video. "She is a memory kid who has many records in her name. I take her to the library to read newspapers. She observes many things that we fail to notice. Last year I met with an accident due to a pothole and my leg was fractured. She remembers that and related to the incidents of deaths that occurred due to potholes in the city," she said.

It is yet to be seen how the entire government machinery including Bommai, who is camping in north Karnataka for by-elections, will react to the video made by the little girl.

The Karnataka High Court has also taken note of the pothole menace in the city and has given two deadlines to the government to fill up the potholes of Bengaluru roads.