Mangaluru, Oct 23: Rainy season is paving way for winter now. However, the rains which keep lashing the region now and then have inflicted a sense of fear because of the artificial flood which occurs in a flash.

The unusual rains have given rise to apprehension, although the rainy season this year did not pose such a threat. Specifically in the major drains located at Kottara Chowki, Malemar, Kulur 4th mile, Kudroli, Alake and Kodialbail, rainwater overflows the main drain and flows out. People and owners of shops and hotels who either live or conduct business at spots that are located at a lower height than the drain have been facing untold miseries because of flash floods. This year too is not an exception. 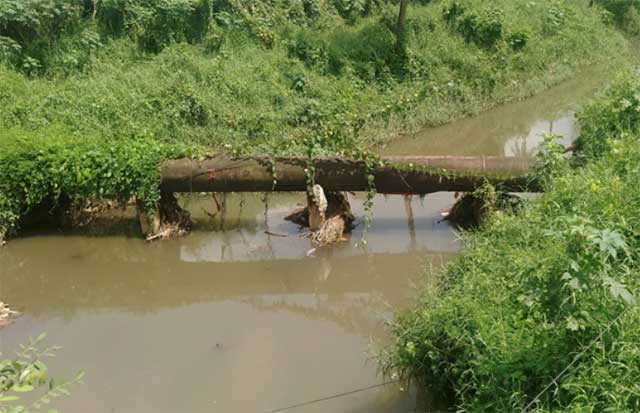 The National Highways Authority of India has been constructing a protective wall to block the main drain at the Kulur 4th mile. Due to this, there is the problem with the smooth flow of water. The mayor had asked the highways authority to complete the work as soon as possible as there were allegations that because of the slow pace of work flash floods were occurring.

The city had partially drowned due to heavy rain received during the end of May 2018. Water had entered the houses of hundreds of people spread over Kottara Chowki, Malemar, Maladi estate etc as 400 mm rainfall was recorded in a single day. As the city corporation had not undertaken preliminary work before the onset of monsoon, silt had accumulated in the drains and unexpected floods of unimaginable level had inflicted miseries on the people.

As in every year, the city corporation had undertaken dredging work in major drains this year too. As a result, there were no major problems during the rainy season. But now, along with the rainwater which flowed down from hilly areas, slush, sand, waste etc flowed down and accumulated at the end point of the major drains. The people feel that the flash floods problem can be addressed if the silt is removed again in the month of August or September in addition to May.

A large number of plastic bottles and other waste are coming in along with water in the major drains. Many of them choke the flow of effluents as they get stuck in pipes and cables. Shrubs which were cut in the past have grown again. Mayor Premananda Shetty, said that because of heavy and unusual rains the major drains have choked. He said in the coming days, the matter of avoiding flash floods would be discussed with the officials and if necessary, work as may be required will be undertaken.