Panaji, Oct 18 (IANS): A committee appointed by the state government to probe oxygen-related deaths at Goa government's apex health facility, the Goa Medical College (GMC), has slammed the hospital authorities for lackadaisical attitude and not doing enough to augment oxygen supply during the second wave of the pandemic during which nearly 80 persons died within a few days due to lack of oxygen.

The opposition and Congress senior overseer in-charge of 2022 assembly polls and former Union Finance Minister P. Chidambaram has demanded the resignation of Health Minister Viswhajit Rane and Chief Minister Pramod Sawant over the damning findings of the report.

Opposition legislators also staged a walkout on the inaugural day of the two-day assembly session on Monday over the oxygen related deaths and the inability of Health Minister Vishwajit Rane to respond to queries asked by the Opposition, due to health grounds. 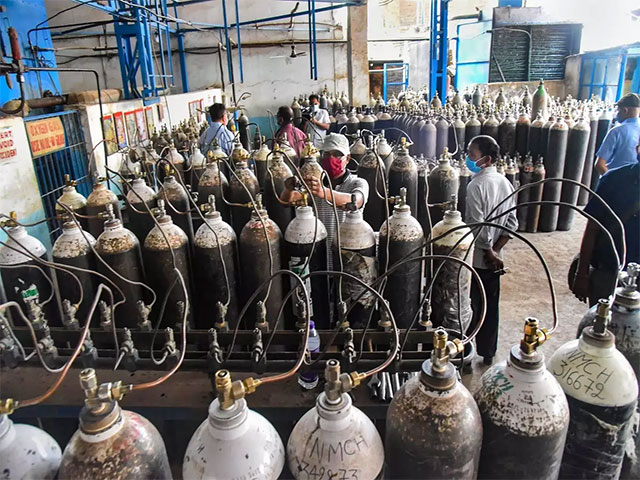 "GMC did not timely raise any issue of lack of oxygen or sought augmentation of the oxygen, except putting their demand in affidavit before the High Court... GMC did not take much action on the letter written by the Goa Association of Resident Doctors dated May 1, 2021. A prompt action on this letter would have enabled better management of the situation," the report said.

The committee which compiled the report was headed by Director of the Indian Institute of Technology Goa Dr B.K. Mishra, former dean of GMC Dr V.N. Jindal and Secretary Revenue Sanjay Kumar.

The report also slammed the hospital administration for allowing monopolisation of oxygen supply at the apex hospital and other sub centres, while also adding that the health facility did not undertake any assessment of rational use of oxygen during the crisis.

"In June 2018, the decision of the public health department to extend the scope of work awarded to M/s Scoop to all across the state of Goa, resulted in creation of a single supplier for all the public health infrastructure. After this extension, health institutions had no alternative source of oxygen, in case of emergency," the report said.

"As GMC's oxygen demand rose, M/s Scoop stopped supplying oxygen to the other public hospitals, except GMC, without any warning, letter or message," it also said.

The Congress has now demanded the resignation of Sawant and Rane. "Why does the Goa government have a Department of Health and a Minister of Health, if they are not responsible? After the report, the CM and the Minister of Health should resign," Chidambaram tweeted.

"The so-called expert committee report on Oxygen-shortage and related deaths in Goa is a desperate attempt to give a clean chit to the BJP government in Goa. The Hospital is blamed but the government is not to be blamed! Strange logic in respect of a government-OWNED hospital!" he also said.

Leader of Opposition Digambar Kamat also tweeted saying the government had no guts to respond to his assembly question on oxygen-related deaths.

"The most insensitive, irresponsible @BJP4Goa Government responsible for Deaths of Innocent #Covid Patients due to Oxygen Shortage & Mismanagement had no guts to reply to my Starred LAQ 3A on Covid Deaths. #TruthAlwaysPrevails #GoaAssembly #HouseAdjourned," Kamat tweeted.

The opposition also staged a walkout during Question Hour, after Speaker Rajesh Patnekar said that the Health Minister had sought postponement of assembly questions due to ill-health.