Mangaluru, Oct 18: The personnel of the town police station at Kankanady here have taken into five accused relating to the murder of Dhanush from Pachanady in a lodge at Pumpwell here on Saturday October 16 morning. One more accused is absconding.

It is said that seven persons including Dhanush had stayed in the lodge and partied till late night. At that time, they had some misunderstanding and quarrelled between themselves. Dhanush was killed after he was pierced with a sharp weapon. 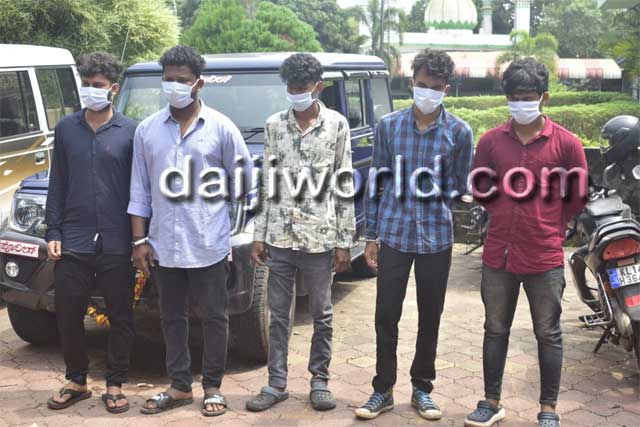 Three out of the five arrested have criminal background with cases for rioting and NDPS Act. The scenes of the attack and taking the injured man to hospital are recorded in the CCTV camera.

Police commissioner N Shashi Kumar informed that the accused had used a button knife and stabbed Dhanush. “The deceased was staying with his sister and grandparents. It is learnt that he had a habit of speaking lightly about family members of his friends. The accused had warned Dhanush. The argument took place on the same issue,” he said .