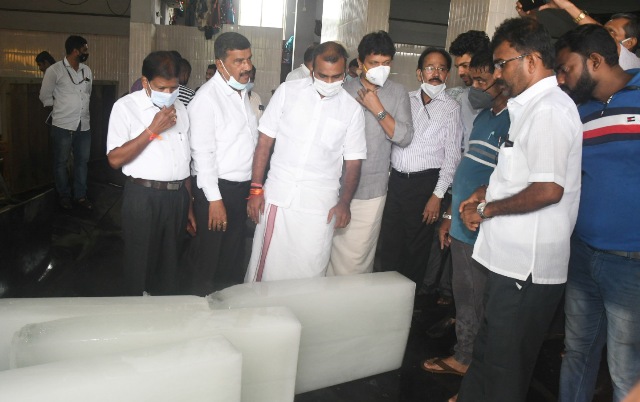 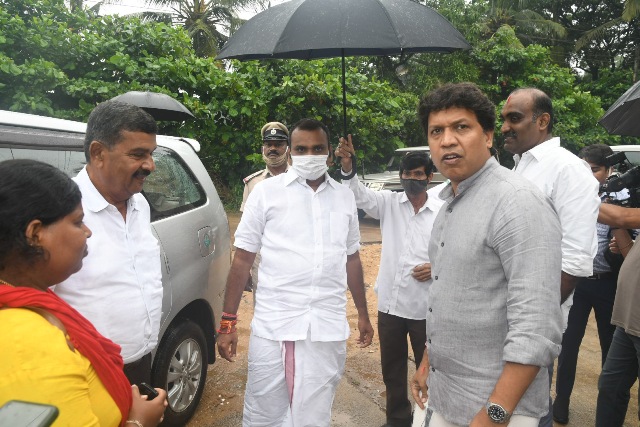 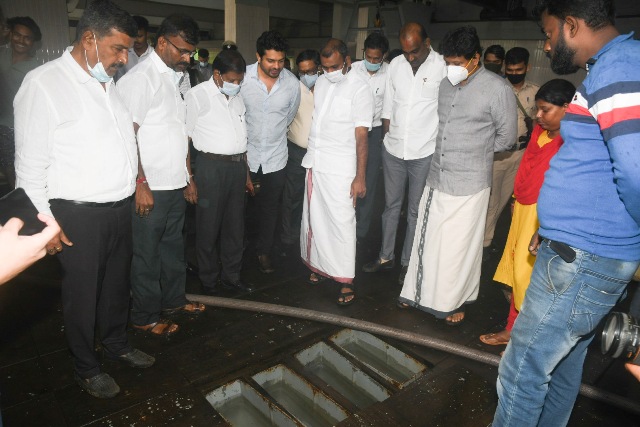 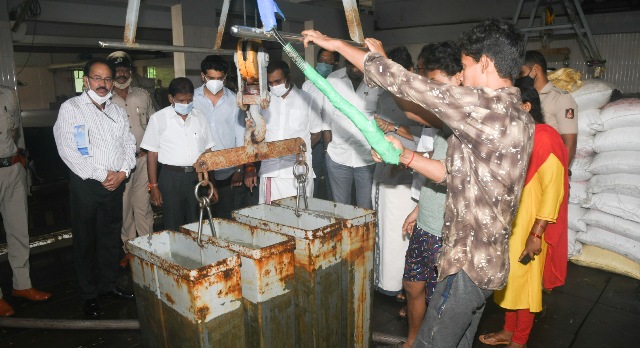 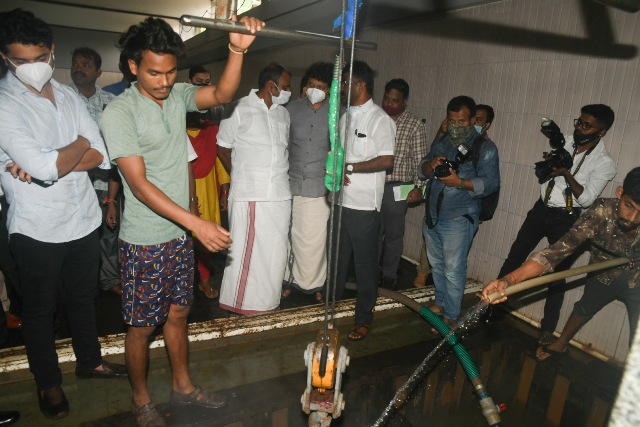 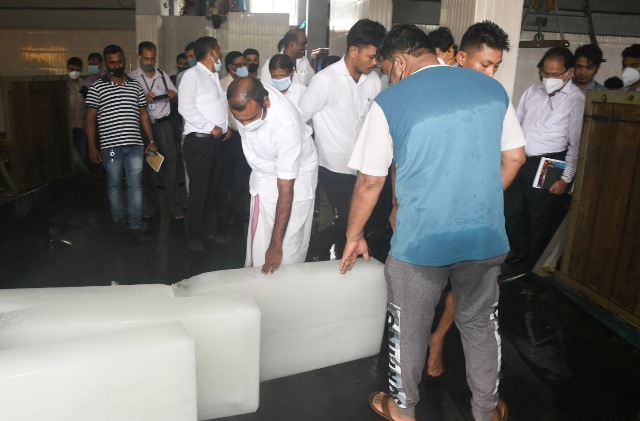 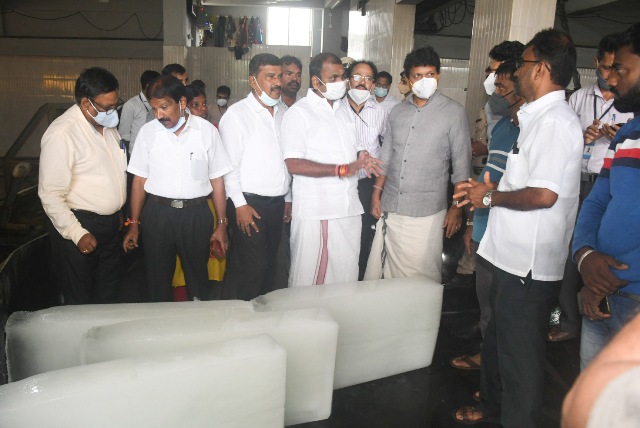 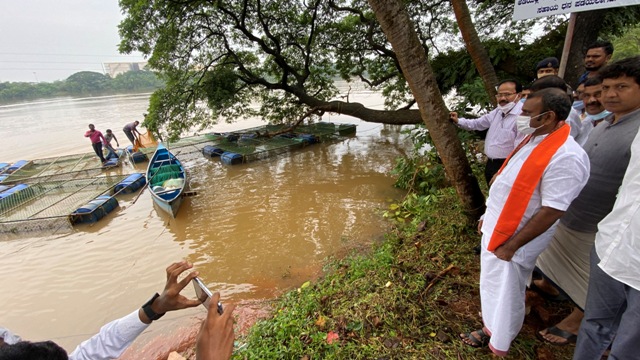 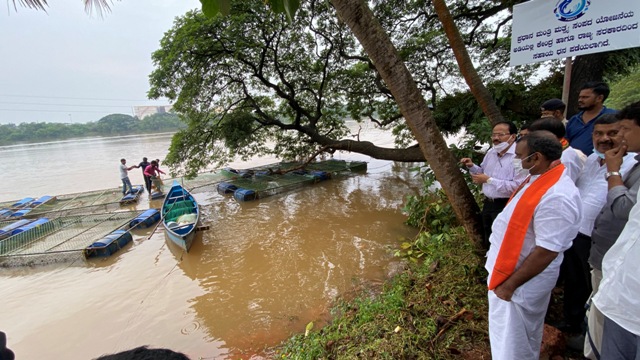 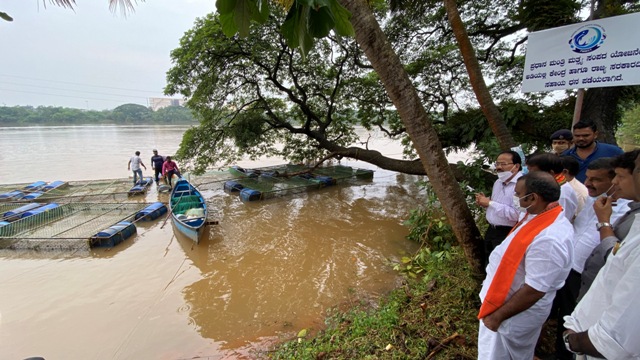 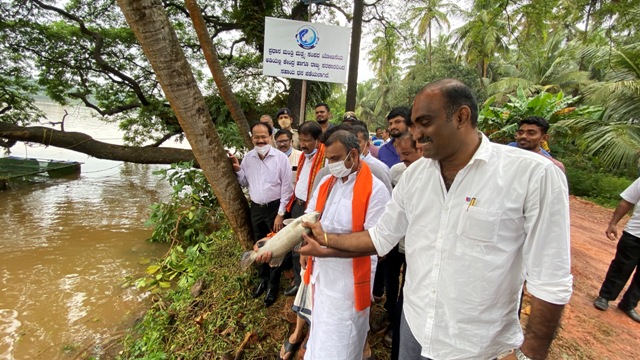 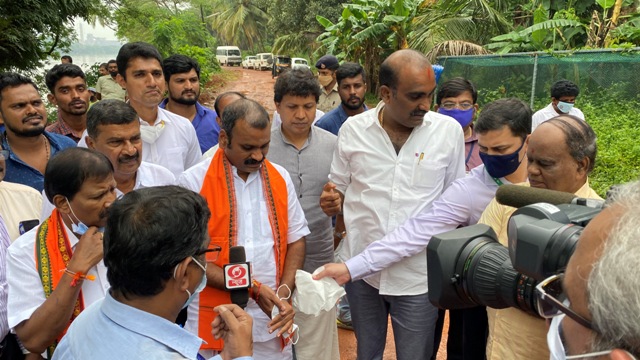 The minister went to Phalguni riverbank in Bangrakulur here, and checked the cage farming unit there. Speaking to media persons, he said that after the central government newly formed the agriculture ministry, added impetus has been laid on the development of fishing sector. He said that in spite of the threats posed by coronavirus pandemic, fisheries sector has been marching ahead. He further said the Prime Minister has given encouragement to blue revolution and through the Atma Nirbhar package, for the first time in the history of fisheries sector, Rs 20,000 crore was allocated to the sector.

The minister said that for the first time, seaweed cultivation is being given a fillip in the country. He also said that inland fishing is being encouraged.

Minister Angara said that eight areas in Uttara Kaanada district have been identified for sea weed cultivation. He said there are plans to export specific varieties of fishes from coastal Karnataka which can increase the demand and result in hike in the prices of the fishes. He stated that the scheme to set up seafood park at Niddodi will be undertaken after clearing public misconception.