Bengaluru, Oct 16 (IANS): Hitting out at the Income Tax department, Naresh Arora, the Managing Director of a firm 'DesignBoxed', which was recently raided by the IT department in Bengaluru, said, "The raids were so obviously political and during the raid the IT sleuths found absolutely nothing."

"I want to place on record that the Income Tax raids on DesignBoxed as well as me and our associates found absolutely nothing with no unaccounted valuables of any kind, "he added.

"We are law-abiding citizens and proud taxpayers. The raids were so obviously political. They targeted me and my colleagues only because we have been working for the opposition and mainly the Congress party. Apart from trying to find anything remotely incriminatory against top Congress leaders, the raids were intended to intimidate a self-made professional and political campaign management firm so that we don't work for India's main opposition party, "he claimed. 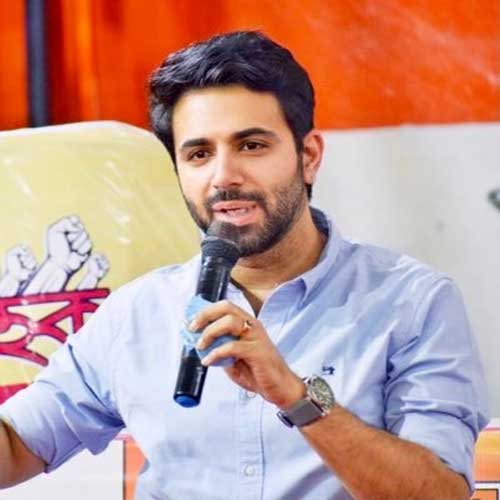 It is unfortunate that even after being so powerful the ruling Karnataka government needs to intimidate those working with the opposition. "An outright abuse of tax agencies for political aim is not what democracies do. The harassment we have suffered is not ours alone; it is part of the process of stifling the opposition through state power, "he added.

Days after the raids on close aides of former Karnataka Chief Minister B.S. Yediyurappa, IT raids were conducted on October 12 against the image and political consultancy firm 'DesignBoxed' in Bengaluru.

Sources said the agency handled the strategy and image of Karnataka Congress President D.K. Shivakumar and has been involved in campaigning for the Congress in Assam and Chhattisgarh. IT sleuths raided Naresh Arora's room at the J.W. Marriott Hotel and his office located close to Shivakumar's residence.