Mumbai, Sep 8 (IANS): Chilling details have emerged of how Thane businessman Mansukh Hiran paid with his life for refusing to implicate himself in the planting of his own SUV near Antilia, the home of businessman Mukesh Ambani, and was finally eliminated by several former cops and others in a cold-blooded Bollywood-style operation.

In its 290-page charge sheet, the National Investigation Agency (NIA) has disclosed the investigations into the sensational SUV abandonment followed by Hiran's killing in a meticulously calculated conspiracy. 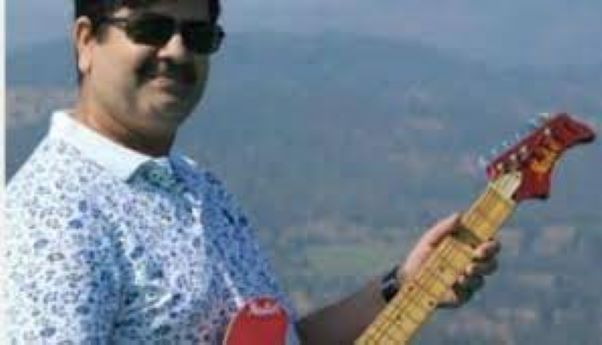 After the SUV planting case erupted in a big way and it was transferred to the crack Crime Intelligence Unit (CIU), the then Investigating Officer (IO) Vaze pressurized Hiran, on a promise of immediate bail, to own up the crime.

When he flatly refused, Vaze was worried of the ramifications since Hiran was the only person who knew the entire sequence of events but was a 'weak link' who could 'spill the beans' on them and get all the conspirators trapped in the crime.

Vaze and Sharma discussed the implications and decided to 'eliminate' Hiran, and the latter hired a contract killer Shelar, who along with the other accused met on March 2, and Hiran's presence was ensured to identify him before the prospective killers.

The next day, Vaze met Sharma at his NGO, 'P.S. Foundation' office in Andheri west, and handed over a large bag containing bundles of Rs 500 notes.

Thereafter, Sharma called Shelar to finalise a red-coloured vehicle Chevrolet Tavera and Vaze asked Hiran, oblivious of the ongoing diabolic plot to bump him off, to meet Mane at a particular location in Thane on March 4.

Mane picked up the Tavera, bought half a dozen handkerchiefs and a hoody, while Vaze hatched out a raid in the Tipsy Bar at Grant Road, to create an alibi that he was far away from the crime scene of Hiran's murder.

Simultaneously, Vaze lured Hiran out from Thane to Kandivali to meet Mane, who used an alias of 'Inspector Tawde' on the pretext of transporting him (Hiran) safely to another location in a white Volkswagen Polo.

Hiran complied, informed his wife that he was going to meet the so-called 'Tawde' in Kandivali, travelled by auto near Suraj Waterpark on Ghodbunder Road and met Mane in the white Polo, around 8.30 p.m. on March 4.

By 9.30 p.m., Mane reached a spot near the Fountain Hotel where the Tavera was waiting, asked Hiran to hand over his mobile phone, and ordered him to step into the vehicle which would take him to a secure spot.

The Tavera was already quite crowded and Hiran was made to sit between Shelar and Jadhav, while Mothkuri grabbed his head from the rear seat, and gagged him with the handkerchiefs.

As Hiran struggled for his life, the trio held onto him and smothered the 'weak link' to death on the car seat - ending the potential threat to all enmeshed in the mega-conspiracy.

Then, Shelar asked Soni to drive the Tavera to Kasheli Bridge on the Thane Creek where they reached after around 45 minutes.

Halting the vehicle, the killer trio of Shelar, Jadhav and Mothkuri dragged Hiran's body, hoisted it up and threw it into the darkness of the Thane Creek below.

The following day, Hiran's body - washed away by the currents - was found stuck in the marshlands around a km away from the Kasheli Bridge, creating a fresh hullabaloo - barely a week after the SUV planting incident outside Antilia.

In between, the NIA detailed how Vaze and Co used and destroyed various evidences related to the twin cases, most of it were later either detected or recovered by the sleuths.