Third wave of COVID19: Preventable or inevitable in India? - By Dr Edward Nazareth 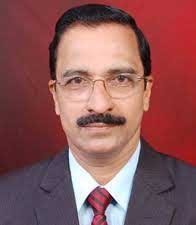 May 27: From mid-September of 2020, the daily average positive cases of COVID19 infection from the first wave started declining in India; policy makers, bureaucrats and people believed that India had won over COVID19 infection and we would not get any more waves of COVID 19 infection. Though a few experts warned about the second wave, it fell on deaf ears.

My article, ‘Second wave of COVID19: Are we prepared?’ was also published on this website on November 20, 2020. It was based on the opinion of experts in the field. 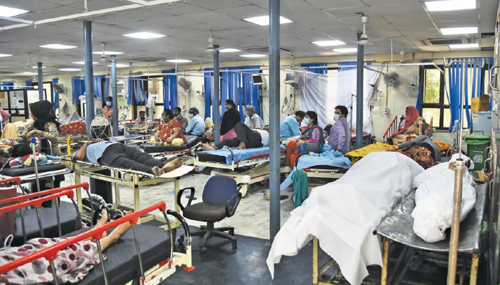 We failed miserably to prepare for the second wave and had to face the situation which is almost gone out of control. Now the government officials and health authorities are warning of the possibility of a third wave, even though its timing could not be predicted. Few of the administrations and some hospitals have already begun preparing their infrastructure in anticipation of a fresh increase in COVID19 cases after a few months.

The second wave seems to be weakening at the national level now. After having peaked on May 6, the number of cases at all India level have entered a declining phase. In the last two weeks, the daily case counts are dropping after touching a high of 37.45 lakh positive cases. If this trend continues, it is expected that by July 2021, India would again reach the lowest level of cases as it was in February this year. Then we will have a lull. If the pattern of Europe and other countries to happen in India, by this December we will be having the third wave in our country.

Normally in virus infections every fresh wave would be weaker than the previous one. It is because during its subsequent runs, there would be less number of susceptible people as most of them would have gained immunity from previous infections. This is somehow not applicable to COVID19 infection. The subsequent waves were stronger, more fatal. This is proven in the countries which have already faced the third wave.

The West has been through three waves already. In April last year, the United States had more than 32,000 cases, then the curve flattened but in July new infections climbed up again. At its peak, the US was reporting more than 70,000 cases in July 2020 which was almost double the number of cases compared to the first wave. The second wave in the US lasted for nearly 45 days. Then it experienced a deadlier third wave which started in the first week of October 2020 and peaked in the first week of January 2021. By January this year, the US had almost 300,000 cases a day as new infections increased by nine times, the same was with fatalities. During the first wave in April 2020, the US reported more than 2,000 deaths and by January 2021, that's around the peak of the third wave, America was reporting around 4,000 deaths in a day. The deaths doubled by the third wave. The pandemic is on the retreat in America, thanks to an aggressive vaccination campaign and by the end of last month, new cases in the US had declined by as much as 26 per cent.

In April last year, Europe was reporting around 35,000 new cases a day. It was the first wave and by November 2020, Europe was gripped by the second wave as new infections went beyond 300,000. It was the highest number of daily infections that Europe reported during the pandemic. In April last year, Europe reported about 3,000 deaths per day and by the end of November, they crossed 6,000. In January 2021, Europe reported around 7,000 deaths per day. Now, Europe too is coming out of the grip of the virus with restrictions lifted in many countries. New cases in the European Union countries have dropped by almost 30 per cent. Both America and Europe could control the virus by targeted lockdowns and aggressive vaccination.

Even when the second wave was hitting US and Europe we in India believed that our country would not be affected by second wave. We failed to ask why India would be spared. Now we are badly crushed by the second wave.

When there are warnings of the third wave, some of our experts are optimistic that the third wave will be weaker in our country. Their speculation for a low impact from the third wave is because a far greater number of people have been infected during the second wave than the first. With the positivity rate almost four times that of the first wave, the unconfirmed infections — those who were never tested — is also expected to be large. In addition, vaccination would also induce immunity in a large proportion of the population. So, there would be a significantly lower number of susceptible people in the population after the second wave.

This optimism may be consoling, but will it be real? Except for vaccination, many people were also infected in US and Europe in the first and second wave. Even then they were hit by the third wave why we will not?

In US and Europe vaccination is also given the credit for flattening of the third wave, which again is not well supported. We are not yet sure for how many months the antibodies from vaccination would last. Whether the antibodies produced by the infection or by the vaccination will be able to face the mutated strains? When the durability and effectiveness of the vaccine itself is a hope, then how can we be optimistic that the third or subsequent waves will be weaker?

Though currently available vaccines do not guarantee protection against infection and transmission of COVID19 infection, they are highly effective in reducing the severity of the illness if someone is infected by COVID19 virus after vaccination. At present, the vaccines are considered as the most potent weapons against the COVID 19 pandemic. Even then it cannot be guaranteed that by mass vaccination we can eradicate the COVID19 virus from the community.

Let us hope that the repeated waves of COVID 19 virus may be weakened through vaccination, but in India when will we be able to vaccinate the entire population? India is now at second position in administering COVID 19 vaccine after the US but given the size of its population, the country is far behind the desired target. India has administered 19.4 crore doses of vaccine as per today; 4.19 crore people have received both the doses and it accounts to 3.1% of the population. In US 39.8% and in UK 34.4% of the population is already vaccinated with two doses.

Even if India decides to vaccinate all adult population, a study released this week by the Tata Consultancy Services (TCS) and the National Institute of Industrial Engineering (NITIE) said - it will take another six to seven months to inoculate the whole country. This mathematical calculation may not be the reality. According to a report by BusinessToday.in when 70% of the population is vaccinated, the country achieves herd immunity. And for India to reach that number, it would take another 8 years and 9 months going by the current pace of vaccination.

Unfortunately, the whole vaccination process is messed up at the moment. For starters, the government has not ordered enough vaccines. While India needs around 2 billion doses to vaccinate the eligible population with two doses each, barely 12% have received one dose. In fact, till very recently the government had only put in orders for 100 million doses of Covishield, the important vaccine for India’s vaccination programme. Since then it has added another order of 110 million doses of Covishield. The other vaccine, Covaxin, is similarly under-provisioned with an initial order of 8 million followed by a recent order of another 50 million. Perhaps even more troubling is that the annual production capacity of Serum Institute of India (SII), which produces 90% of vaccines in India, is currently around 700 million doses which they are hoping to ramp up to 1.2 billion doses. Bharat Biotech’s annual production capacity is even lower at around 150 million doses. Clearly, these two entities do not have the capacity to vaccinate India on their own. The government neither ordered any other vaccine nor did it invest in increasing the production capacity of these two producers until very recently. It appears that there is no proper planning in procurement and distribution of the vaccines.

On this background, it appears that our present vaccination process may not be able to halt the third wave of COVID 19 in our country.

If we can speed up our vaccination drive and vaccinate as many as possible, probably the number of cases may be reduced in the third wave. We are not able to achieve required vaccination target. Therefore it is almost sure that we will get a third wave of COVID19 sooner or later.

Will the third wave affect only children?

It is presumed that the third wave would affect children more than the adults as most of the adults will be vaccinated. As explained above, at the present pace of vaccination we will be far behind the expected target when the third wave will hit us. There will be more number of non-vaccinated adults than children.

Recently the Indian Academy of Pediatrics (IAP) has said that though children remain susceptible to infection, it was highly unlikely that the third wave will predominantly or exclusively affect children. The experts also said that there was no evidence to suggest that most children with COVID-19 infection would have severe disease in the third wave.

Children are as susceptible as adults and older individuals to develop infection, but not severe disease. However, almost 90 per cent of the infections in children are mild or asymptomatic. The most important reason for this is because the children do not have a specific receptor for COVID19 virus to bind and enter into children’s system. A very small percentage of infected children develop moderate-severe disease. If there is a massive increase in the overall numbers of infected individuals, a large number of children with moderate-severe disease will be seen. It is highly unlikely that the third wave will predominantly or exclusively affect children.

Let us be prepared

Our policy makers have to anticipate a potential third wave of COVID19 and prepare for it. They should not repeat the mistakes that were made after the first wave. Before the third wave, they have to ensure that our entire health system is capable of handling any surge in cases. They should ensure that oxygen and beds' supplies are maintained, and also that there is no sudden drug shortage of the kind that we are witnessing now.

The ruling policy makers have to adopt a transparent and non-partisan approach in managing the spread of COVID 19 virus. Proper data collation and exchange, accelerating vaccination, equitable distribution of vaccines, medicines and other facilities will go a long way in containing the virus at national level. The other most important aspect is expanding and empowering rural infrastructure.

As the common citizens of this country we have to follow the ‘COVID appropriate behavior’ till the virus leaves us. A three-ply mask, frequent hand washing or sanitizing, maintaining physical distance, avoiding crowd, especially indoors, are still most effective in controlling the waves of COVID-19 virus. When one gets the opportunity to take vaccine, it has to be taken. These are our duties to prevent the spread of the virus.