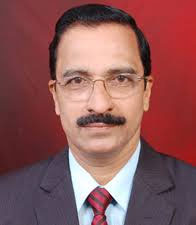 Military of the body

In general, the immune system is made up of special organs, cells and chemicals that fight infection (microbes) and the toxins that may be produced by them. The main parts of the immune system are: white blood cells, antibodies, the complement system, the lymphatic system, the spleen, the thymus, and the bone marrow. These are the parts of the immune system that actively fight infection. These different systems and cell types work in perfect synchrony (most of the time) throughout the body to fight off pathogens and clear up dead cells. However the front line soldiers of this system are lymphocytes, a type of white blood cells. 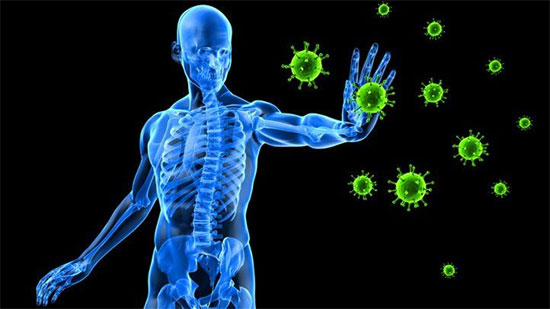 Our immune system has different wings similar to a military system - a surveillance wing to identify the enemy, a destroyer (fighter) wing to eliminate the enemy and an intelligence wing to remember the enemy. All these different wings are managed by lymphocytes.

Whenever a foreign material - such as bacteria, virus, fungi or any other matter with protein or, the toxins produced by these organisms enter the body, the immune system identifies it as ‘foreign’. The immune system is able to identify self from non-self. This is done by detecting the proteins that are found on the surface of the cells or by the chemicals produced by the organisms. Like the defense personnel, the immune system learns to ignore its own or self-proteins and identify the intruder. The intruder is now known as ‘antigen’. An antigen is any substance that can spark an immune response.

In many cases, an antigen is a bacterium, fungus, virus, toxin, or foreign body. But it can also be one of our own cells that are faulty or dead (like our own people turning as terrorists).

In the immune system we have two important types of white blood cells- B lymphocytes and T lymphocytes.

• The B lymphocytes spot the antigen and they begin to secrete antibodies. The antibodies are special proteins (called immunoglobulins) that lock on to specific antigens. Antibodies are the ammunition to eliminate a particular antigen. The specialty of the immune system is that it produces specific ammunition to kill a particular enemy. For example to eliminate COVID 19 viruses the antibodies produced can eliminate only COVID 19 viruses and cannot act against the viruses that produce common cold, even though both the viruses belong to the same family of corona viruses.
Antibodies lock onto the antigen, but they do not kill it, only mark it for death. (B lymphocytes arrest the enemy).
• There are three main types of T lymphocytes: Helper T cells, killer T cells and memory T cells. Helper T cells — they coordinate the immune response and stimulate B cells to produce more antibodies. Killer T cells (cytotoxic T lymphocytes) — as the name suggests, these T cells attack the antigen. They are particularly useful for fighting viruses. They work by recognizing small parts of the virus on the outside of infected cells and destroy the infected cells. The memory T cells are produced following an infection; they are antigen-specific and live long. Memory T cells are important because they can quickly respond to re-exposure to the antigen. They provide the immune system with memory against previously encountered antigens. Once an antibody has been produced, a copy remains in the body system, and should the same antigen invade again, it can be dealt with more swiftly. That is why with some diseases, such as measles or chickenpox we only get infected once as the body has the measles or the chickenpox antibodies stored, ready and waiting to destroy them next time when they attack. This is called immunity.

In COVID 19 infections it takes about two to four weeks for the human body to eliminate all the viruses by producing specific antibodies against them. Then these antibodies remain in the system and will not allow the virus to multiply in the body. But here two issues are to be understood. We are not yet sure if the antibodies will remain forever or disappear after a few months or years. Another point is the virus changes its protein component called ‘genome’ and can attack in a new form. This is exactly like terrorists who keep on changing the names of their organization, but have the same motto.

Before the advent of immunization many people used to die from infective diseases as it happens in COVID 19 infection now. Thousands of people have died due to small pox. Babies used to die due to measles, whooping cough, tetanus and similar other illnesses. The babies are now immunized using vaccines. A particular vaccine against an infective organism is produced using the same organism. The disease causing pathogens are attenuated (weakened) or part of their protein is extracted and introduced into the healthy individual. This material is termed as ‘vaccine’. Once the vaccine enters the system, it produces antibodies and when the real organism, invades the system it is eliminated. By immunization, deadly diseases like small pox have been totally eliminated and poliomyelitis is now almost removed completely.

As we are exposed to certain other organisms, we get infected and then our system develops antibodies and we remain immune thereafter. For example most of us were infected by chickenpox when we were children. As we had been infected by the chickenpox virus once, we will not get it again. In this way we build up a store house of antibodies to different pathogens. This protection from pathogens develops as we go through life. This is also referred to as immunological memory because our immune system remembers its previous enemies.

As humans age, the immune response becomes weak, which leads to more infections. This is again comparable to a nation with a weak military system which can be attacked and defeated easily. It is a known fact that compared with younger people, the elderly are more likely to contract infectious diseases and, more likely to die from them. Respiratory infections, influenza and the COVID 19 causes pneumonia which are a leading cause of death in people over the age of 65 worldwide. It is now known that this increased risk correlates with a decrease in T cells, because as we age fewer T cells are produced to fight off infection. It is believed that the bone marrow becomes less efficient at producing stem cells that give rise to the cells of the immune system.

In some individuals the immune system may be weak. The most common causes for deficiency of immunity worldwide include malnutrition, poor sanitary conditions and human immune deficiency virus (HIV) infection. Other causes of temporary or permanent damage to the immune system include old age, medications (e.g. cortisone, cytostatic drugs used to treat malignancies), radiotherapy, stress after surgery and malignant tumors of the bone marrow and the lymph nodes. Innate deficiencies of the immune system are comparatively rare.

This is the reason people with these diseases, probably with deficient immune system are required to be cautious of contracting the COVID 19 infection. If they are infected, their immune system may not be able to eliminate the virus and they might get severe illness.

When most of the members of a community are immune to an infectious disease, it is known as herd immunity (also called herd protection). For example, if 80% of people in a community are immune to COVID 19 virus, eight out of every ten people who get infected will not become sick from the disease. In this way, the spread of infectious diseases is kept under control. Depending on how contagious an infection is, usually 70% to 90% of a population needs immunity to achieve herd immunity.

Small pox, measles, mumps and polio are examples of infectious diseases that were once very common but are now rare in our region because vaccines helped to establish herd immunity. For infections without a vaccine, even if many adults have developed immunity because of prior infection, the disease can still circulate among children and can still infect those with weakened immune systems. Chickenpox is an example for this.

Can we achieve herd immunity against COVID 19 infection? As with any other infection, there are two ways to achieve herd immunity: A large proportion of the people either gets infected or gets a protective vaccine. Based on early estimates of this virus’s infectiousness, we will likely need at least 70% of the population to be immune to have herd protection. As we do not have vaccine against COVID 19 infection now, it may take years for us to develop herd immunity for it.

Can medicines boost the immune system?

As the COVID 19 infection is spreading widely and people with good immunity are reported as unaffected, a lot of information about boosting immunity is circulated in the media.

Many products claim to boost or support immunity. But the concept of boosting immunity makes little sense scientifically. Boosting immunity actually means boosting the lymphocytes (the soldiers of immune system, as explained above). In fact, boosting the number of cells in the body — immune cells or others — is impossible. What is known is that the body is continually generating immune cells. In fact, it produces many more lymphocytes than it can possibly use. The extra cells remove themselves through a natural process of cell death called apoptosis.

As already stated above, efficacy of herbs or any substance enhancing the immunity is a highly complicated matter. There is no research supporting that any herb or substance can increase the levels of antibodies in the body.

The best way to improve the immune system is to choose a healthy life style. A healthy life style has to be followed from a young age and attempts should be made to maintain good health naturally. Immunity depends on general health and general health depends on good immunity. Every part of the body, including the immune system, functions better when protected and improved by healthy-living strategies such as these:

• Smoking has to be stopped. Smoking is bad for overall health. Many elderly who have succumbed to COVID 19 infection were chronic smokers.
• A diet high in fruits and vegetables is good for health. The deficiencies of zinc, selenium, iron, copper, folic acid, and vitamins A, B6, C, and E — alter immune responses in experimental animals. These micronutrients are commonly present in fruits and vegetables. If not possible to consume the fruits or vegetables, dietary supplements may be used.
• Regular exercise is a boost to health, it is one of the pillars of healthy living. It improves cardiovascular health, helps to control body weight, and protects against a variety of diseases. Just like a healthy diet, exercise can contribute to general good health and therefore to a healthy immune system. It may contribute even more directly by promoting good circulation, which allows the cells and substances of the immune system to move through the body freely and do their job efficiently.
• Adequate sleep is also a natural immune booster. The human body prepares and releases cytokines, a type of protein that targets infection effectively creating an immune response. It is proved that chronic deficiency of sleep reduces body’s ability to respond to infection.
• Try to reduce stress. When a person is stressed, the immune system's ability to fight off antigens is reduced. That is why humans are more susceptible to infections during stressful situations. The stress hormone corticosteroid can suppress the effectiveness of the immune system (e.g. lowers the number of lymphocytes).