Security to be given to woman in sleaze CD case: Karnataka police

Bengaluru, Mar 14 (IANS): Bengaluru police would provide security to the young woman allegedly involved in the sleaze CD case and and now seeking protection as she fears for her life, a top official said on Sunday.

"Security will be provided to the woman as sought by her once we identify her and her location," Bengaluru Police Commissioner Kamal Pant told IANS here.

The decision follows a directive from Karnataka Home Minister Basavaraj Bommai to whom she appealed for protection through a video clip in Kannada that went viral on the social media on Saturday night and was shown on local news channels. 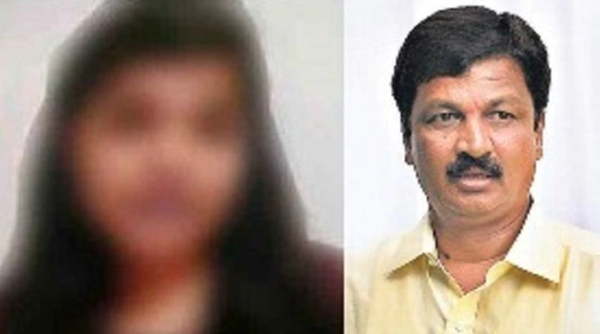 Bommai said: "I have ordered the Special Investigation Team (SIT), which has been set up to investigate the CD case, to provide security to the unidentified woman who made the appeal to me in the video clip."

The woman, however, did not disclose in the video her name or whereabouts though the police suspect she resides in the city only.

In the 34-second video clip, the young woman claimed Jarkiholi had promised her a government job and got the sleaze CD made to defame her and her family.

Her video came to light soon after former state Water Resources Minister Ramesh Jarkiholi filed a complaint in a local police station on Saturday against unnamed people for allegedly conspiring against him and making the CD in which he was seen in an intimate relationship with the woman. He was forced to resign on March 3 after the CD was aired on news channels on March 2.

In the complaint through his friend and former BJP legislator V. Nagaraju, he said: "Unknown persons have conspired to humiliate me politically, finish my political career and extort money from me."

"We have registered an FIR against unknown persons based on the complaint and transferred it to the SIT to investigate," Pant told reporters earlier in the day.

Jarkiholi defected to the ruling BJP in November 2019 and became minister in February 2020 after winning the by-election. A minister in the previous Janata Dal-Secular (JD-S)-Congress government, he had resigned in July 2019 along with 13 Congress and 3 JD-S rebels, leading to the fall of the 14-month-old coalition ministry on July 23, 2019 and return of the BJP to power under Chief Minister B.S. Yediyurappa.

Title: Security to be given to woman in sleaze CD case: Karnataka police