Addressing the assembly, the CM had called the budget to be people-friendly, citizen-friendly and business-friendly. One of the focal points of the Budget was to promote the welfare of the farmers and the fishermen community. 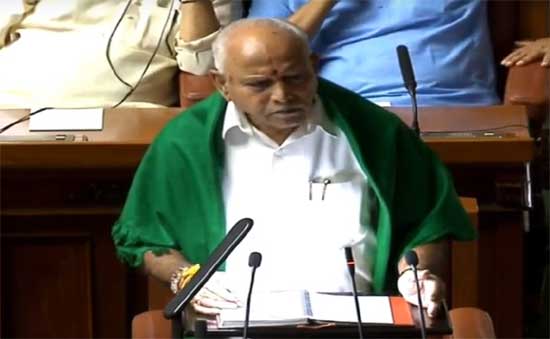 Commenting on the financial structure of the Budget, Yediyurappa detailed the constraints because of the financial crunch in the state. In his report, the CM said, "The State's share in central taxes has come down in 2019-20 as per the revised budget estimates of the Central Government. Due to this reason, there is a reduction of Rs 8,887 crore to Karnataka, causing a drop in the state's revenue resources."

The CM stated that the state was indeed going through the 'worst financial crisis' and that the 2019-20 budget targets were difficult to attain. The chief minister in his budget speech hit out at the Centre even though he belongs to the BJP.

“The 15th Finance Commission has recommended allocation of 3.64% to Karnataka. This is lesser than the 4.71% which we had got before,” he asserted.

Unlike earlier format, the CM followed a new format for the state budget report. Before, the budget speech was department wise, however, for the 2020-21 budget, Yediyurappa divided the budget into six sectors, concentrating on economic growth and comfortable living.

The chief minister began with one of the prominent points of the budget, compensation to farmer. Around 6.45 lac farmers are to be provided relief who were affected by the 2019 floods.

Kisan card which was a subsidy given to the farmers which will now also be available to fishermen. The fishermen community will be eligible for the same benefits as the farmers. This would involve government loans at low interest.

Funds worth Rs 200 crore are going to be directed towards the promotion of education on organic farming in the agriculture sector. The CM also announced Rs 500 crore for the drinking water Mahadayi project and Kalasa-Banduri Nala.

For the upliftment of the SC/ST communities, the state budget has proposed funds worth Rs 26,930 crore. Shifting the focus to the educational sector, Yediyurappa announced Rs 60 crore to IISc for researching Artificial Intelligence and Rs 5 crore to VTU for inducting new course as per industry requirements.

The Budget also focused on the wholesome development of the state capital, Bengaluru. Over Rs 14,500 crore is announced to decongest traffic in the city's outer ring road of the IT corridors. An amount of Rs 100 crore was allocated for the lake development in the city. BS Yediyurappa also announced Rs 500 crore for the work on suburban rail service in the city, along with Rs 100 crore for the Bengaluru Metropolitan Transport Corporation (BMTC) to buy electric buses.

A whopping Rs 500 crore has been announced by the CM for a film city in Bengaluru which will be set up with private partnership and a staggering Rs 400 crore was declared for the construction of 25-floor twin towers for the functioning of all government departments.

Looking at an expensive angle of the State budget, tax prices on IML and consumable fuels - petrol and Diesel witnessed a hike. While the tax on IML is to be increased by 6 per cent, the VAT on both fuels is proposed to be hiked by 3 per cent.

To generate employment, the CM announced plans for setting-up two textile parks in Shiggaon in Haveri district and another at Karkala in Udupi district. The proposal is likely to create employment for approximately 3,000 people.

Concluding his speech, the CM maintained that the budget is prepared with intent to build an affluent state and the cooperation and approval of the assembly would help in the implementation of the programmes.

12.58 pm - BSY announces new textile parks to be set up at Shiggaon in Haveri district and at Karkala in Udupi district. The textile park likely to generate employment for up to 3000 people.

12.40 pm - Grama One offices to be set up in all villages to offer government services including information on support price of vegetables, food grains for farmers - BSY 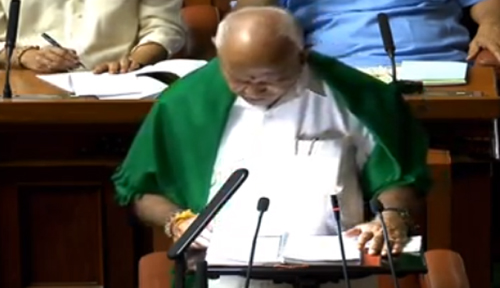 12.10 pm - Yediyurappa hikes tax on Indian Made Liquor (IML) by 6-per cent in Karnataka

11.55 am - In a bid to overcomebudget constraints, CM BSY has increased the tax on fuel in Karnataka. With this, Petrol price is said to rise to Rs 1.60 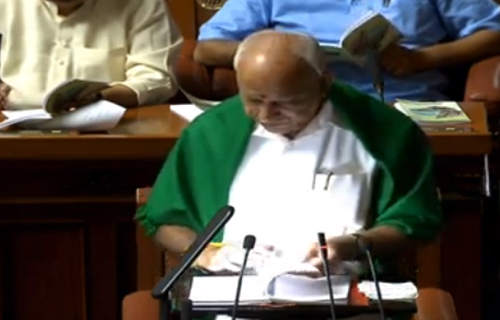 11.44 am - BSY allocates Rs 26,930 crore for the development of SC/ST and other backward communities board

11.26 am - Rs 200 crore will be assigned to fund the agriculture sector to offer education on organic farming.

11.22 am - Kisan card will also be given to fishermen community: BSY

11.20 am - Central government has reduced Rs 8,833 crore in grants to Karnataka: BS Yediyurappa

11.15 am - Have offered compensation to 6.45 lakh farmers for flood: BS Yediyurrappa

11.13 am - Will grant relief money and also divert some funds to rebuild houses, roads, says Yediyurappa

11.10 am - Will give prominence to drought and flood affected victims in this budget - Yediyurappa 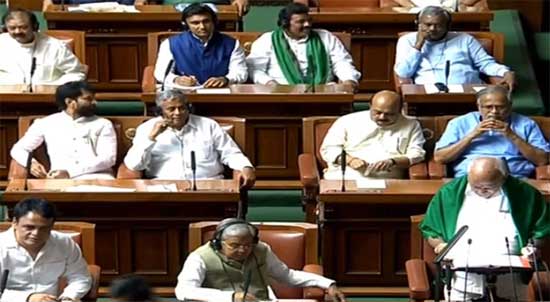 10.30 am - Karnataka CM Yediyurappa arrives at Vidhana Soudha to present the State Budget 2020-21

Bengaluru, Mar 5 (IANS): Karnataka Chief Minister B S Yediyurappa will present the budget for fiscal 2020-21 in the Assembly on Thursday, March 5.

Yediyurappa, who also holds the finance portfolio, will present the budget for fiscal 2020-21 on Thursday. It will be his 7th budget and fifth as Chief Minister.

Though Yediyurappa assumed office again on July 26, 2019, he was compelled to re-present the budget for fiscal 2019-20 after JD-S-Congress coalition government collapsed on July 23 as its Chief Minister H.D. Kumaraswamy lost the trust vote in the Assembly. 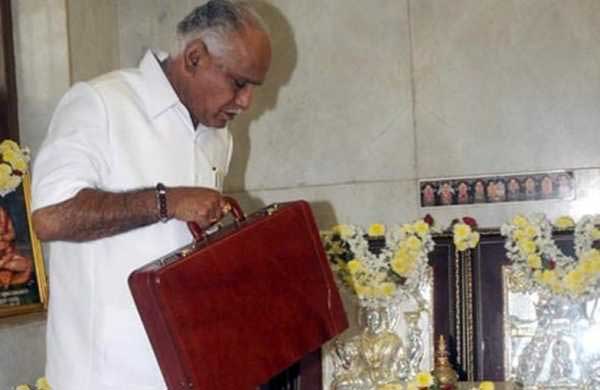 The budget could have some of the promises the ruling party made in its manifesto ahead of the 2018 Assembly elections.

"The thrust of the budget will be on agriculture, irrigation, infrastructure, energy, education, health and development of Bengaluru and other cities to accelerate uniform growth," said sources.

With the Central government notifying the Mahadayi inter-state water tribunal award on February 27 following the Supreme Court's directive on February 20, Yediyurappa will allot funds to resume the Kalasa-Banduri project to supply drinking water to the four-drought prone districts in the state's north-west region.

"As revenue collection is expected to fall short of the budget estimates for this fiscal (2019-20) due to economic slowdown and reduction in transfer of central funds to the state as part of its share from the Goods and Services Tax (GST) regime, Yediyurappa faces a daunting task in mobilising resources to fund his government's ambitious projects and schemes," said a political analyst.