Mangaluru, Feb 12: Tulu film ‘Jabardasth Shankara’ directed by well known actor Devadas Kapikad is preparing to break old records in its shooting stage itself. It is said that the team has held discussions regarding dubbing rights to Hindi, Tamil and Telugu.

As much as 50 per cent shooting of the film by Jalanidhi Productions presented by Bolli Movies and produced by Anil Kumar and Lokesh Kotian is completed.

The rituals, traditions, Janapada and customs of Tulunadu can be seen in the film. Arjun Kapikad is seen in the part of Shankar. Nishmitha and Neetu play the female lead. 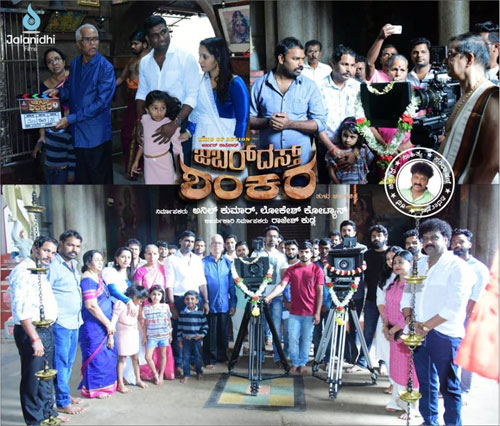 The director has provided story, script and dialogues for the film. Manikanth Kadri has composed music. Siddu is in charge of photography. Stunts are by Mass Maada.