Mangaluru, Feb 8: Popular TV series of yesteryears, ‘Malgudi Days’, will made in Kannada as a film. The film is also titled ‘Malgudi Days’. Power star Puneeth Rajukumar released the first poster of the film recently. He wished the best for the film after release of poster with producers, directors and technicians.

Vijay Raghavendra will be seen as the hero of the film in a unique role. The film is being directed by ‘Appe Teacher’ fame Kishore Moodbidri. The producer of ‘Appe Teacher’, K Rathnaker Kamath will produce ‘Malgudi Days’. The team will start shooting the film soon. 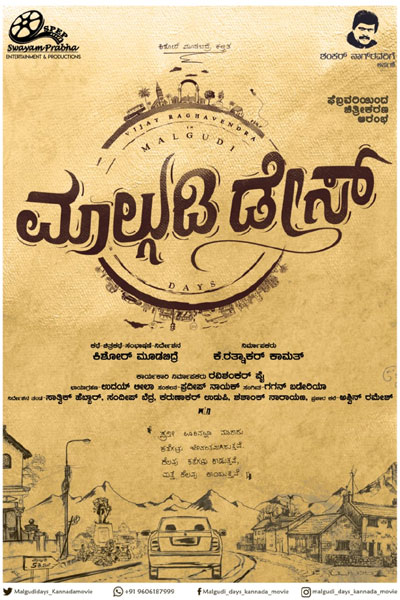