Kochi, Oct 3(NIE): The Kerala High Court Wednesday rejected the application for bail filed by lawyers of Bishop Franco Mulakkal, the Catholic bishop accused of rape by a nun belonging to the same diocese in Jalandhar, Punjab. The HC cited prima-facie evidence against the bishop in the case to deny him bail. It also accepted the prosecution’s stand that giving the accused bail would hamper the course of the investigation.

Mulakkal, the first Bishop in the country to be arrested on rape charges, had been remanded to police custody till October 6 after he was arrested following three days of intense questioning in the last week of September. The arguments on his bail application had ended on Thursday with the verdict deferred to today. 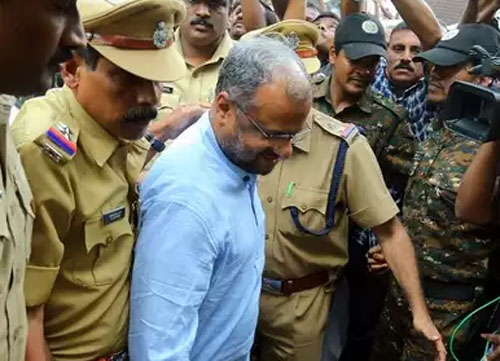 Mulakkal’s lawyers have argued that the case against him is fabricated and is retaliatory in nature for the action he took against the nun on a separate complaint. The prosecution at the same time opposed bail for him.

The rape survivor had alleged in her complaint that the bishop had sexually assaulted her 13 times over a period of two years from May 5, 2014. She belonged to the Missionaries of Jesus order of the Catholic Church. The arrest of the accused came after intense political pressure and a month-long protest in Kochi by five nuns of the order.