Mumbai, Dec 6 (IANS): India today marks the 30th anniversary of the epochal felling of the Babri Mosque in Ayodhya, which unleashed a long chain of social-religious developments that practically altered the country's political landscape forever.

Though the full-frenzied main drama by a group of people unfolded that cold afternoon in the temple town of Uttar Pradesh, its repercussions vibrated across the country and affected the psyche of every Indian, then and now, and the backlash continued in various forms for long afterwards. 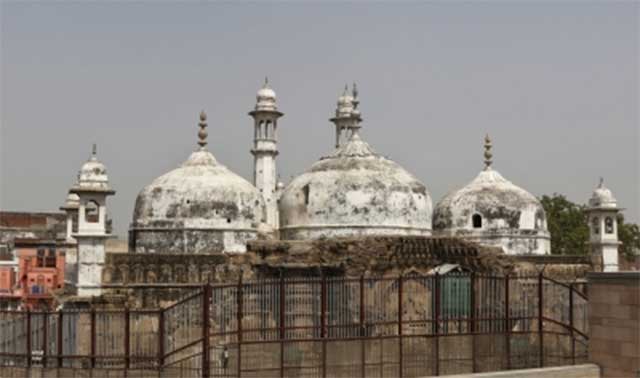 The immediate fallout of the Babri Mosque hitting the ground was a series of riots all over India, the bloodiest communal war-field being the usually soft and tolerant commercial capital Bombay, now Mumbai, but more than the name had changed.

As the riots raged for over two months (December 1992 to January 1993), the real legacy of the 495-year-old mosque demolition was bequeathed in the form of a new evil -- raw, hard-core, brutal 'terror' entering India in March 1993 with the serial bomb explosions rocking the city, the nation, and peoples' souls.

"That was the beginning of the hitherto unknown but heinous 'terrorism' and it continued for nearly 20 years after the Ayodhya incident...," retired Mumbai Police Deputy Commissioner of Police (DCP) Ambadas Pote said.

Till then, Mumbai was quite accustomed to ordinary gangland killings with little collateral damage to the commoners, but the new monster of terror was savage and indiscriminate, sparing nobody who came in its sphere, and nobody dared shrug it off, he added.

Top-notch criminal lawyer Majeed Memon said that while terror was a direct outcome of the Babri Mosque incident, it later acquired different shades and the involvement of certain 'external' elements/forces.

"The instant reaction to the mosque razing was distressed angst that led to the riots...Then, came the retaliation... It was followed by a counterblast in the form of terror, which arose out of fear... People anxious about the future of themselves and family, their beliefs, community or fraternity," said Memon.

The ex-Additional Deputy Commissioner of Maharashtra State Intelligence Department Shirish Inamdar said terror, which was restricted to the country's borders, jumped into the hinterland post-1992.

"The intentions were to create deadly fear among all communities, a sense of supremacy among the majority community fuelling insecurity and uneasiness among minorities, and these seemed to have been achieved... Terror had found a new 'permanent address'," remarked Inamdar.

"However, in not a single terror hit here, Indian Muslims were involved or killed in either suicide attacks (where death is certain) or suicidal strikes (where there is a chance to escape), and all such onslaughts were perpetrated by outsiders," Inamdar pointed out.

A leading prosecutor of that era, explained that extremism was born out of the 'angst' and 'apprehensions' among sections of the minorities who felt rudely uprooted in the country where they lived and thrived as equals for over a millennia.

"This perception spread fast, powered with oil poured into by vested political and religious forces, many took advantage of these insecurities and fears... It fed the brand new killer devil called 'terror' which seemed to grow in leaps and bounds, creating irreparable divides of unprecedented proportions in society," said the legal eagle, preferring anonymity.

The last of the major terror hits in Maharashtra took place at the German Bakery in Pune (February 2010, 18 killed), and since then, the state has largely breathed easy, but retired DCP Pote feels that 'eternal vigil' is a must for all as terror strikes still continue elsewhere in the country.

Incidentally, an offshoot of the nightmarish incidents of that era was the launch of India's first elite and full-fledged 'Anti Terrorism Squad' (ATS) in Mumbai, followed by Gujarat, and now present in almost every state, rendering yeoman services to the nation.

Launched as a tiny specialist force in 1990 by the then dashing Additional Commissioner of Police, the late Aftab A. Khan, it became a formalised terror-fighting agency, and Pote was one its original key members.

Title: From the rubble of Babri Masjid arose a legacy of terror and rioting