Mysuru, Nov 28: Chief Minister Basavaraj Bommai said he will be visiting New Delhi on Tuesday, November 29 to meet senior advocate Mukul Rohtagi and also to meet Union Ministers for discussion on the border row as well as in connection with the developmental issues pertaining the State.

He told reporters at Mysuru Airport on Monday that the case pertaining to the border dispute with Maharashtra is coming up for hearing in the Supreme Court on November 30. 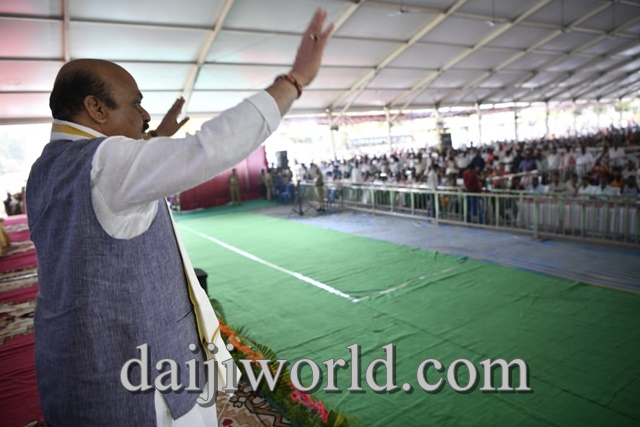 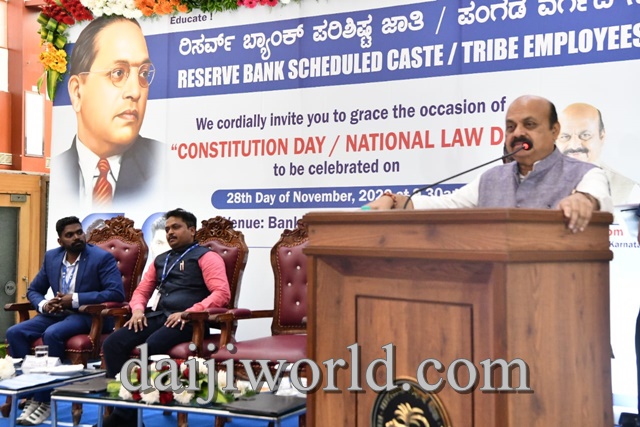 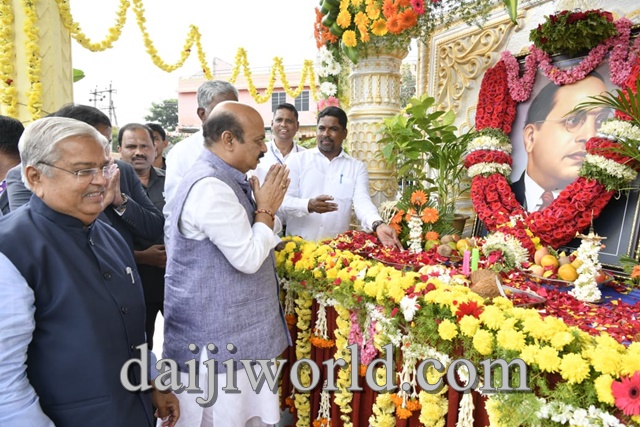 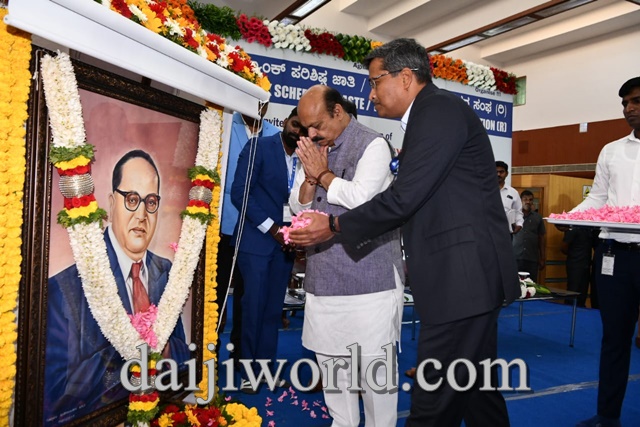 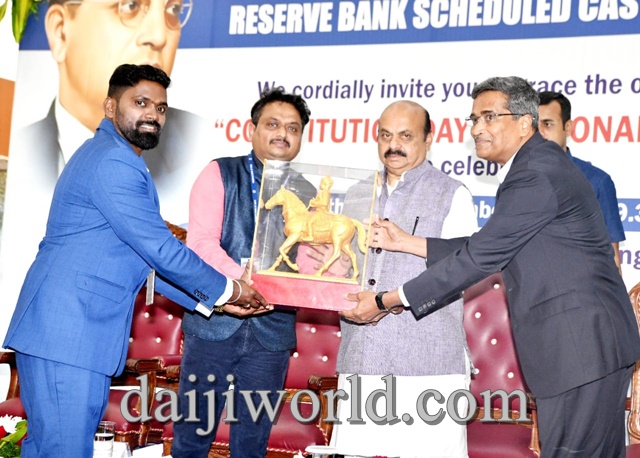 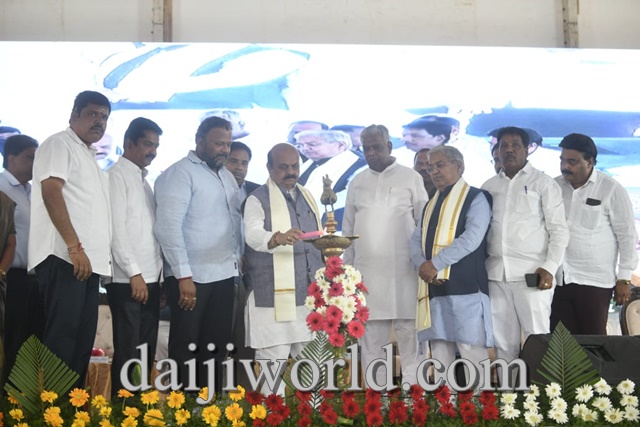 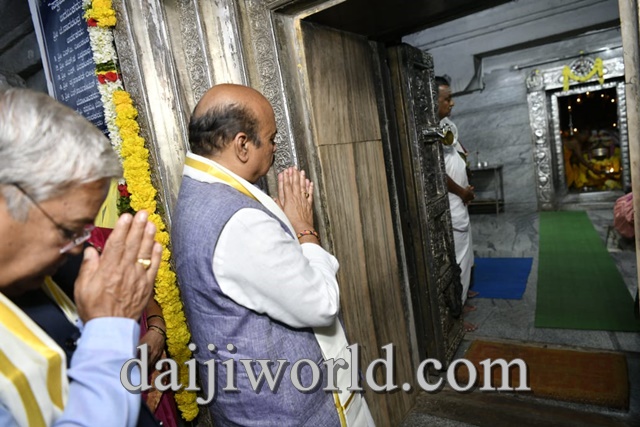 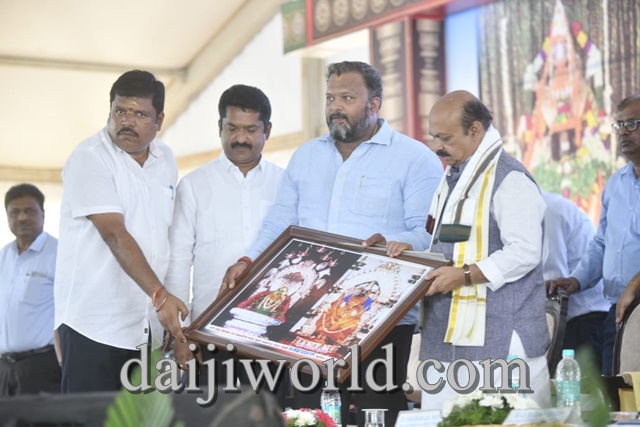 The State Government has appointed former judge of the apex court, Justice Shivaraj Patil as chairman of Karnataka Border and Rivers Protection Commission and with whom also the meeting has been held.

The State is all set for a legal battle with the neighbouring Maharashtra State and the stand of Karnataka will be effectively presented before the court.

The Chief Minister refused to comment on the border areas of Maharashtra waiting for the inclusion of their villages into Karnataka saying that it is not correct to discuss it in public since the matter is pending before the court.

On proposed opening of Paddy Procurement Centre only in Mangaluru, Bommai said since the people of Dakshina Kannada use the boiled rice, the procurement of that variety of rice will be opened there.

The Centres will be opened in Gangavathi, Sindhanur, Mandya and Mysuru.

Action within framework of Constitution

With regard to reservation for backward classes, Bommai said the aspiration of all the communities has increased but they have to take all steps legally within the framework of the Constitution.

There is Backward Classes Commission and the government will examine the demand to hike quota from the communities and then take action accordingly.

On the availability of fake Aadhaar Card and Voters ID card from a website in Bengaluru from where the accused in Mangaluru Pressure Cooker bomb blast had obtained those documents, the Chief Minister said there are many such websites.

The probe into voters’ list revision and collection of personal details of voters is on and the clarity will be available after the completion of investigation.

Asked about the cooperation of opposition parties on border rows, the Chief Minister said the opposition parties have been supporting the government when it comes to land, language and water issues. But in politics, all parties will do politics.

Repairs of heritage buildings after talks

Bommai said the government has released funds for the development of Mysuru Airport.

Details of all the crumbling heritage buildings in Mysuru will be collected and take necessary action after seeing the financial position.

Karnataka will collect information from other states in this regard, provisions in the Constitution and then will take an appropriate decision.

Earlier in the morning, the Chief Minister inaugurated the Constitution Day organised by RBI SC/ST Employees Association in Bengaluru and said the Reserve Bank of India is a protector of the Indian economy

The soul of democracy is the 'Constitution' and it has been protecting democracy. With so much population and varied culture and language, the Constitution has held the people and united people in democratic setup. It is indeed a miracle in the present situation.

Bommai said there are some results in the economy and an action plan and target are must to achieve the results. Lot of challenges are in the banking sector but they have been successful in balancing the economy. India has been one of the nations whose economy has sprung up post-Covid 19 pandemic.

Prime Minister Narendra Modi has implemented several schemes and speeded up the economy. Besides, the PM has taken important steps to respond to people's aspirations, he said pointing out that RBI is playing an important role to ensure social justice through the economy.

Understanding this, Dr B R Ambedkar, the architect of the Constitution, started the RBI for the fulfilment of this aspiration. They must strive hard to make India occupy the top slot in the next 25 years.

"The RBI is doing a wonderful work with a clear aim, ideology, law as per the Constitution and this has helped India to grow as a strong economy. This has become possible through the Constitution.

“There will be truth and values of executive and judiciary work as per the Constitution which is one of the best books as all the principles from all the countries are included in the Indian Constitution in order to make it the best. The constitution ensures equality and this has helped the independent India to become a strong nation. Following the Constitution is the real way of paying tributes to Dr Ambedkar,’’ he said.

Bommai said even as the life of Ambedkar was painful he strove hard to do justice for his community and to ensure them the social justice. Dr Ambedkar had allowed for making the amendments to the Constitution according to the changing times and this has been identified as one of the most amended Constitutions in the world.