Chikkamagaluru, Nov 21 (IANS): Ten villagers were arrested on Monday on charges of assaulting BJP MLA from Mudigere Assembly constituency M.P. Kumaraswamy after a woman died in elephant attack in the district.

The arrests were made from Hullemane Kunduru village in Mudugere taluk, where the incident had taken place on Sunday.

According to sources, the villagers were protesting with the body of a woman who died in elephant attack. BJP MLA Kumaraswamy had visited the spot late in the evening. 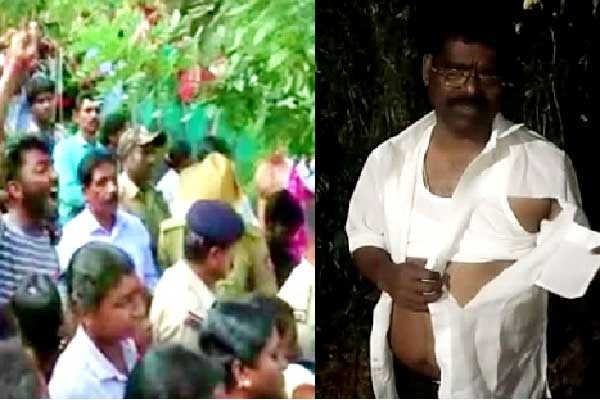 The villagers vented out their ire on BJP MLA, for not doing anything regarding elephant menace and arriving late, though they were protesting since morning. They started questioning him in singulars, then hurled abuses, tore his clothes and started beating him up.

Later, they chased him. Amid stone pelting, the MLA was rescued and escorted to his vehicle by police. The villagers had also damaged vehicles.

In order to quell the mob surrounding MLA Kumaraswamy, the police had to resort to lathi charge.

The final rites of Shobha, the local woman, are yet to be conducted and the police action might trigger a more volatile situation in the village.

Further investigation into the matter is on.

Chikkamagaluru, Nov 21: Public chased and tore MLA M P Kumaraswamy’s shirt, who reached late to the spot where a woman was killed by wild elephant near Kundoor of Mudigere taluk on Sunday November 20.

Shobha (45) was trampled to death by a wild elephant in Sunday morning. The MLA came to view the mortal remains of the woman in the evening. The villagers got enraged by the lacklustre attitude of Kumaraswamy and gheraoed him. Then they chased him on the main road, abused and pulled his shirt, tearing it. The police saved the MLA by wielding a cane on the public. 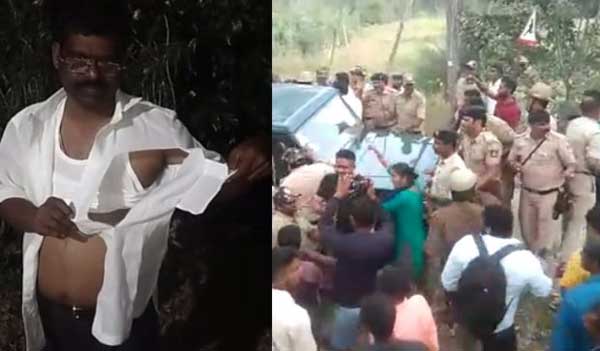 A disgusted MLA M P Kumaraswamy made a video of the incident and said that the anger shown by the villagers is a planned ploy to beat him. He also accused the police department under his own government of failing to give him protection.