Chamarajanagar, Nov 20: In a bizarre incident reported from Heggotara village of the taluk, the villagers have emptied the water tank and cleaned it with gomuthra after a Dalit woman drank water from the tank.

A Dalit woman had drunk water from the tank that was kept at the roadside on Veerashaiva Road. For the same reason, non-Dalit villagers emptied the tank and got it cleaned with the urine of cow, the video of which has gone viral on the social media.

Taluk administrative officials rushed to the spot as the video went viral, gathered information and reported the matter to the Tahsildar. 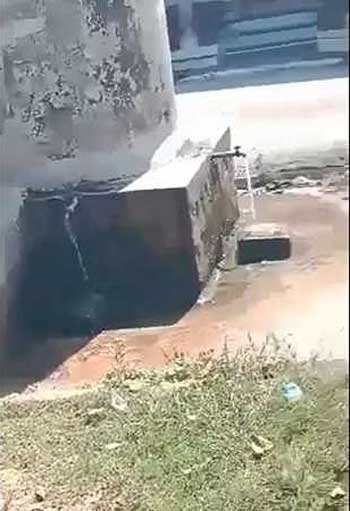 The incident occurred in the village on Friday during a marriage ceremony of Dalits. Relatives of the bride had arrived from Saragur in H D Kote taluk for the marriage function. After having food, they were travelling by foot towards the bus stand.

One of the women in the group drank the water from the tank that was kept on the roadside on which people of Veerashaiva caste reside. A man who arrived on the spot abused the woman and called others.

Once the Dalits who arrived from H D Kote left the village, the residents belonging to the community opened the taps of the tank and emptied it. They got it cleaned with cow urine and refilled with fresh water.

Youths belonging to the SC community complained about this matter to the village accountant and revenue inspector when they visited the village on Saturday.

Chamarajanagar tahsildar Basavaraj said that information had been gathered from concerned officials and action will be taken against the community that offended the Dalits.