The ruckus broke out at a multiplex in the Viviana Mall on Monday night when Awhad, along with some 100 supporters, allegedly roughed up a few persons at the venue of the film screening. 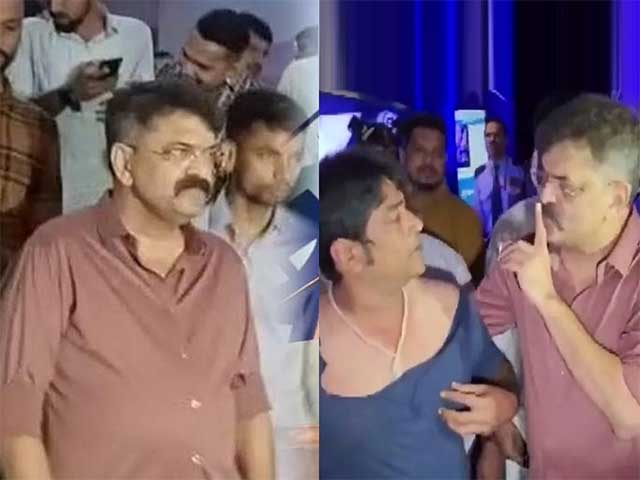 The Vartaknagar police station, which had filed a case in the matter on Tuesday and issued show-cause notices, has arrested Awhad while more arrests are likely to be made soon, said an official.

Late on Monday, the ex-NCP minister and other activists had thronged the multiplex to interrupt the film screening - which was later stopped - alleging historic distortions pertaining to Chhatrapati Shivaji Maharaj, allegedly made by the filmmakers.

Soon after his arrest under various sections of Indian Penal Code and Mumbai Police Act, Awhad tweeted that he would not plead guilty but will continue to fight against wrong portrayal of historic events.

He also charged the police of following orders from "some higher-ups" in a bid to frame him. Incidentally, Thane is the hometown of Chief Minister Eknath Shinde.

Awhad said he got a call at 1 pm from the Vartaknagar police station, saying that either the cops will send him a notice or he could come to the police station house, to which he agreed.

Later, at the police station, cops engaged him in small talk till the local Deputy Commissioner of Police reached there.

"He respectfully said, 'I can't do anything. Orders have come from above. You should be arrested'. This is abuse of police power," Awhad claimed.

Viral videos of the incident on Monday night purportedly show Awhad and others having loud arguments, indulging in fistfights with some members of the audience even as the multiplex staffers attempted to placate both sides.