Belagavi, Sep 29: State BJP president Nalin Kumar Kateel said that Congress party needs to be banned in India. He was taunting the statement of Congress leaders who called for ban on RSS. 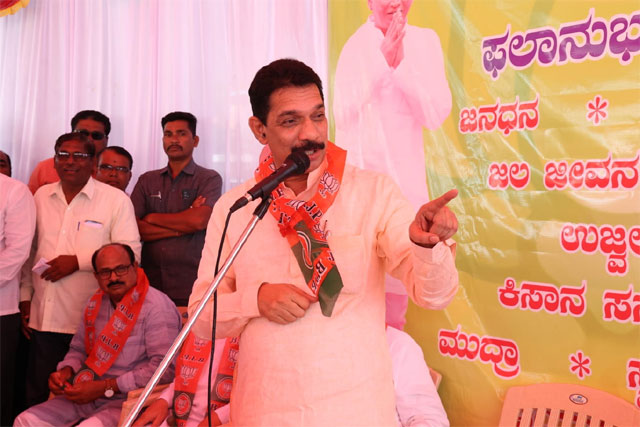 “Let Siddaramaiah make a study about how many PFI workers were protected during his rule. Then he only will ask to ban Congress,” he said.

Responding to CBI raid on KPCC president D K Shivakumar, Nalin said, “The CBI and IT will hold investigation of everyone. If they are right, there is no need to fear. If one has stolen, he or she should be scared. Otherwise there is no need to panic. He has to answer boldly.

“During the rule of Congress also investigations are carried out on all. No one got scared. Narendra Modi was grilled for nine hours. Amit Shah was sent to prison. Did we stage any strike or protest during that time? Only Congress makes noise when their leaders are sent to jail and take procession when they are released. If IT raid takes place, they wail. Do these people respect law?” he asked.

Replying to query on whether elections will be held in Karnataka in December as Gujarat is going to assembly polls in the same month, Nalin said, “Under no circumstances, assembly elections will be held in Karnataka before the completion of the present term. We will complete the term of our government. We are not in hurry. Only Siddaramaiah and D K Shivakumar are hurrying to become chief minister.”