Udupi, Sep 25: Three students drowned at the Hoode Beach on Sunday, September 25, due to a high tide here.

Two of them were immediately rescued by the tourists but breathed their last in the hospital, while search operations had begun under way to find another person, the body of the missing person who was identified as Shreekar from Hyderabad was also found. 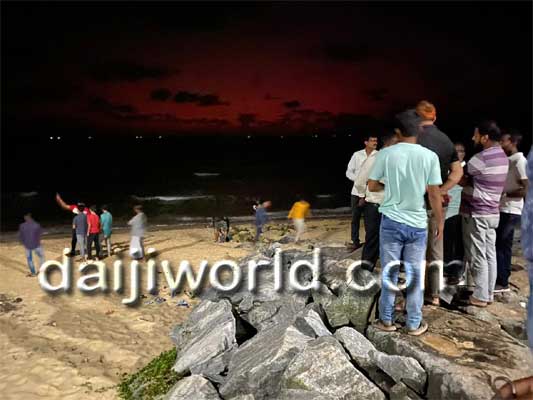 A group of 15 students had come to the Hoode beach and had ventured into the sea for a swim. Due to a high tide, all the three students were washed away into the sea.

Of the three, Nishanth and Shanmukha were rescued by the locals and were admitted to a private hospital in Manipal. Both of them breathed their last as they did not respond to the treatment in the hospital.

Earlier, Malpe police visted the spot and had taken immediate measures to shift those rescued to the hospital with the help of the locals.