New York, Sep 24 (IANS): Humanitarian needs around the world have grown "exponentially" over the past 10 years due to rising armed conflicts and effects of climate change, the Covid-19 pandemic as well as long-term development challenges, Peter Maurer, president of the International Committee of the Red Cross (ICRC), said.

"All this together has exponentially grown needs of people while our ability to respond has been limited," Maurer told Xinhua news agency in an exclusive interview on the sidelines of the High-level Week of the UN General Assembly here. 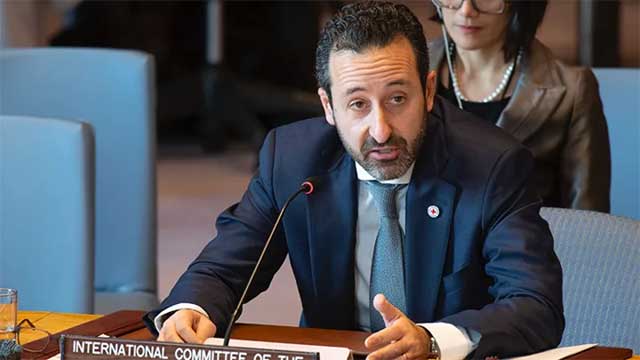 "We have seen the geographic scope and the impact of conflict deepening over the last 10 years. We have also seen new and modern weapons coming to the battlefield. And therefore, the destruction and the impact on civilian population has multiplied," said Maurer.

"War has urbanized, warfare was not any more war in open space, but war in cities with deep impact on systems, on infrastructure. As a result of all these, we saw massive population displacement. We also saw fragmentation of actors - more state and non-state armed groups coming to the battlefield," he said. "And most of the conflicts in which we operate today are conflicts with more than five or seven parties. It's not anymore state versus state. It's much more complex."

"Then as you alluded, we have seen climate change, pandemic, long-term development challenges, structural problems, governance problems, corruption being an obstacle to general development of states," said Maurer.

"From the beginning of the creation of ICRC it has been designed as an institution which should be provisional, pending peace coming. I still believe that the best thing which would happen to the world is that ICRC is not any more necessary," he said.

"What we have seen, unfortunately, and what at the end of 10 years of work at the ICRC, it's a terrible result that the organization has doubled its size from when I started," Maurer said.

In the context of the last couple of years, Maurer said there are two "particular issues of concern" for the ICRC's humanitarian missions.

"First, we had enormous difficulties in many places to negotiate and to ensure access to people in need, because belligerents, for whatever reason, security and others, not grant to the ICRC access to civilians, access to prisoners of war, access to those who have been wounded, has been a problem," he said.

"The second I would mention is that we are of course the institution which represents the conscience of the Geneva Conventions ... ensuring that belligerents know the law and respect the law has been a huge a challenge, not least because of what I said before numbers of participants in warfare growing and this has been really a test to the organization," said Maurer.