Bengaluru, Sep 24: Karnataka Pradesh Congress Committee Chief D K Shivakumar has offered his condolences at the demise of the senior Congress leader B K Puttaswamy, who had won the State’s Sahakari Ratna awards and had served as Mandya district cooperative bank president.

Puttaswamy had also served as Malavalli PLD Bank Director, member of the Taluk Board and TAPCMS president. 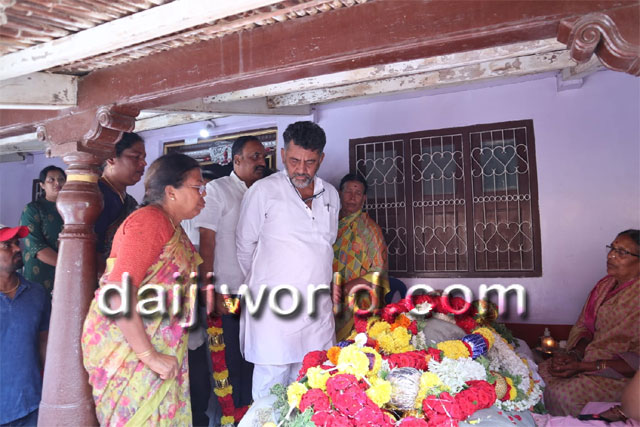 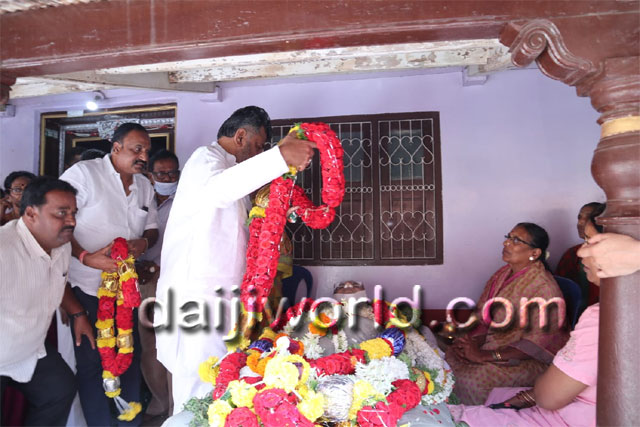 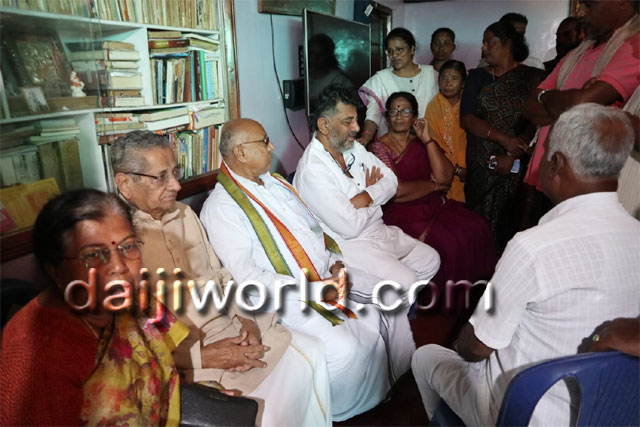 The KPCC Chief visited the residence of Puttaswamy in Benamalli of Halaguru in Mandya district on Saturday morning and paid his last respects to the deceased party leader and offered his condolences to the members of the bereaved family.