Kundapur, Sep 23: The mortal remains of a man, who went from home saying that he is going for fishing in Sita river and went missing, was found in the same river.

The deceased is identified as Udaya Naika (43), a resident of Avarse Doddahaklu Heskunda. He was a mason by profession. 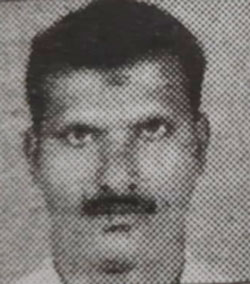 On September 19, Udaya went out of the house saying that he is going for fishing in Sita river but did not return home. When the locals and family members searched for him, his body was found in Sita river at Kiradi of Avarse village.

It is suspected that Udaya must have accidentally slipped and fallen into the river. A case in this connection is filed at Kota police station.