Mangaluru, Sep 22: City court sentenced Parameshwar, accused truck driver, who caused ghastly road accident at Padre near Surathkal in 2014, which resulted in the death of three people, to six months in prison and fine of Rs 7,500 or additional three months prison if he fails to pay the fine amount.

The verdict was pronounced by Justice Anjali Sharma. On May 12, 2014 in the accident that occurred between the truck driver by convict Parameshwar and an auto rickshaw children of Savitha Srinatha couple Nishmitha, Manisha and auto rickshaw driver Sunil were killed. 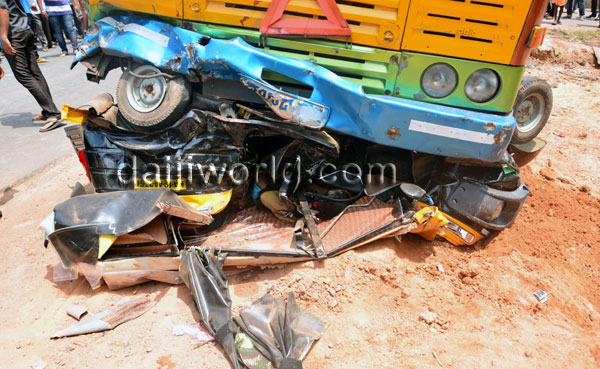 The then circle inspector Nataraj had filed charge sheet in the court. Assistant public prosecutor Geeta Rai argued for the prosecution.