The Solar Power Operated Tricycle Carts for vending fresh fruits and vegetables have been jointly designed and developed by the Indian Council for Agricultural Research (ICAR) and Indian Institute for Horticulture Research (IIHR).

As retail vending of fruits and vegetables is mostly done by the push carts or permanent shops and nowadays in super markets, the ICAR-IIHR have found that the traditional push carts are generally heaped on its top and sold to the customers. 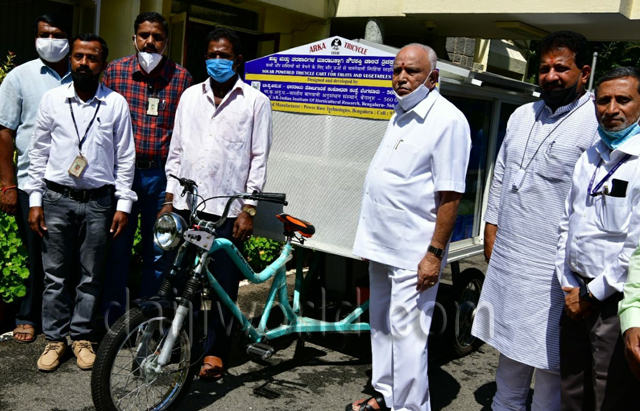 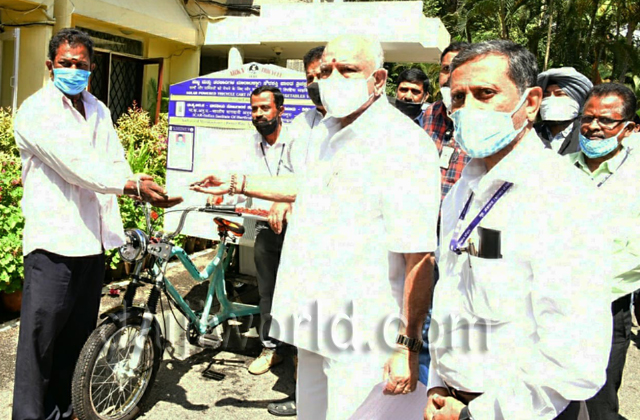 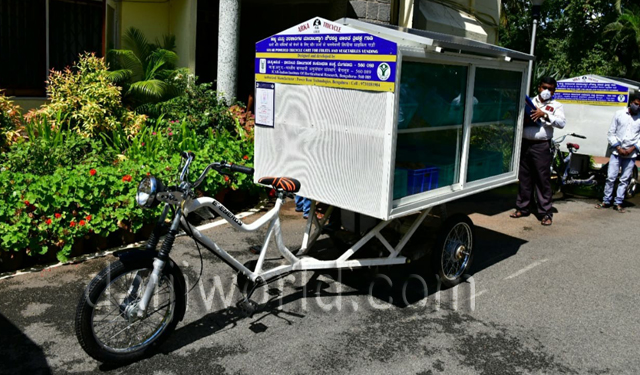 The produces are exposed to the hot sun, dust and pollution while moving on the streets/ roads. This process gives way for the post-harvest losses to the extent of 10-15 % every day.

Post-harvest losses can be reduced if the push carts are fitted with the provision to provide temperature and humidity management system in enclosed chamber which also protects from dust and pollution.

Hence, ICAR-IIHR have designed and developed a solar power operated tricycle cart for fresh fruits and vegetables vending, which facilitates keeping the fruits and vegetables under hygienic and evaporatively cooled condition to keep them fresh for at least for 36 – 48 hours from the time of harvest, which enables the consumers to get fresh produce and minimum wastage for the vendors.

The overall dimension of the fruits and vegetable chamber is 1.5 x 1 x 1 mts which is made up of aluminum frames and fittings. It is covered with glass doors to protect from dust and pollution, entry of insects. It is provided with the fine misting system to maintain humidity inside the chamber which will keep the produce fresh.

There are 8 plastic crates which can hold 10-15 kgs of produce and two ICAR-IIHR designed high humidity box to keep the leafy vegetables. It can hold approximately 80-120 kgs of fruits and vegetables.
A 30 W DC misting diaphragm pump with 10 nozzles of 0.1 mm size to produce more than 100 bar pressure to get very fine misting inside the chamber. The entire chamber is mounted on a tricycle frame. The tricycle is powered by a 48 V, 750 W DC geared motor.

A voltage controller and Lithium Ion battery of 24 Ah is used to store solar power to source DC power.