Mangaluru, Apr 17: In an incident which happened at Lalbagh here on the evening of Thursday April 16, an aged man reportedly suffering from dementia, was booked by the police for obstructing police from discharging their duties when lockdown was in force.

The traffic police discharging their duties at Lalbagh had stopped a senior citizen who was found moving in his car when lockdown was in force. They asked the man the purpose and destination of his travel at which the man reportedly began to engage in verbal altercation with the police and used filthy language against them. The police wanted to check his pass, but the man confessed that he did not have one, and argued that he was on way to Shedigudde and did not need any pass. He also tried to push aside barricade placed on the way. 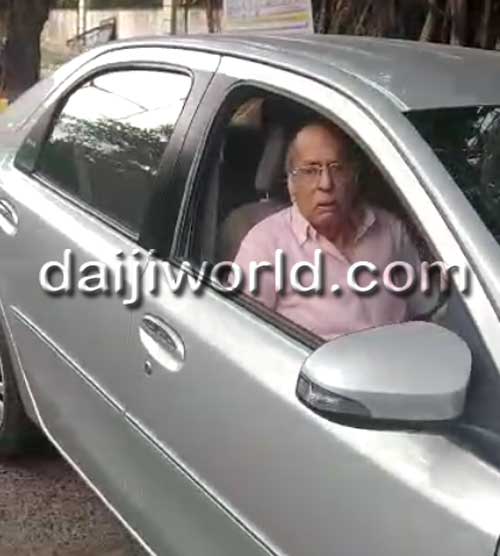 A case was thereafter registered against the man, who reportedly is a chartered accountant by profession, at Urva police station. Charges under section 269, 353 and 564 of Indian Penal Code were levelled against him. The police reportedly showed lenience and desisted from confiscating the car or arresting him, taking into consideration his advanced age.

According to sources, the offender is a chartered accountant with rich experience and is from a very reputed family. It is gathered that he is unwell and suffering from mental instability. Certain sources claimed that he was not even supposed to drive.

There are also claims that he is suffering from dementia and that he does not even remember names of his partners. However, all these do not justify his act of using unparliamentarily words and abusive language against the cops, the policemen point out.