Udupi, Nov 29: Milagres English Medium School Kallianpur which is treading the ruby jubilee year on November 27, 28 and 29 held its Annual Day celebration at Milagres Tri-Centenary hall near here in a lively manner.

It all began with the flag hoisting and mass drill followed by the inauguration of the renovated basketball court of the school on November 27 morning with Johan Chris Lewis, alumni, poet and entrepreneur as the chief guest and TilakKini as guest of honour. 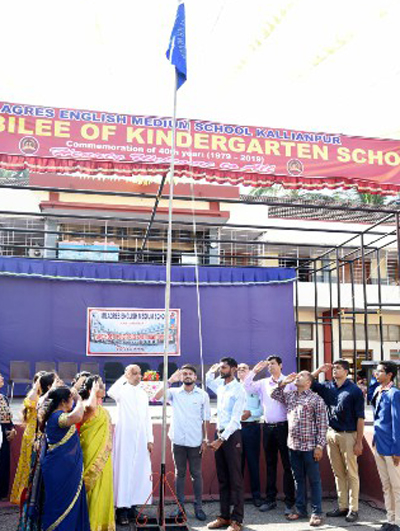 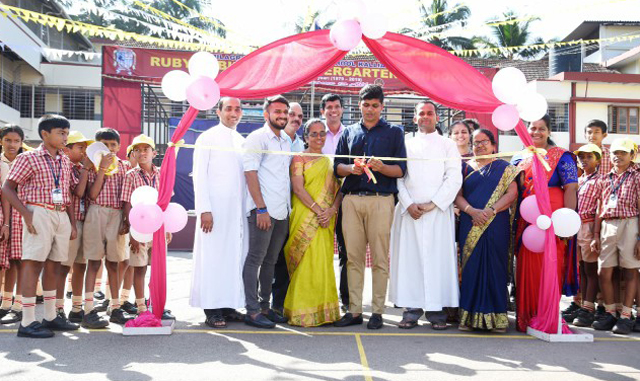 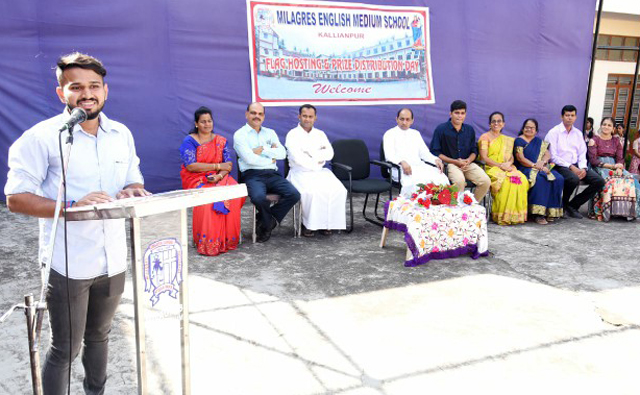 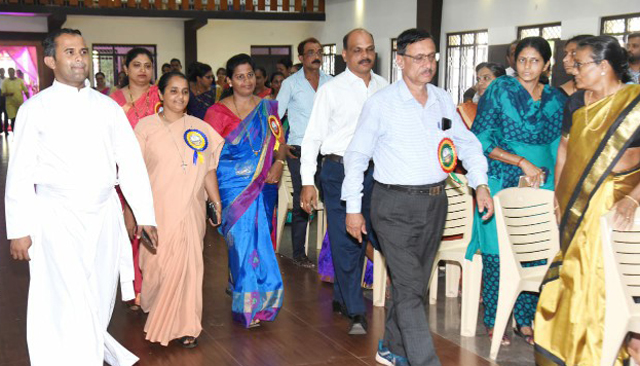 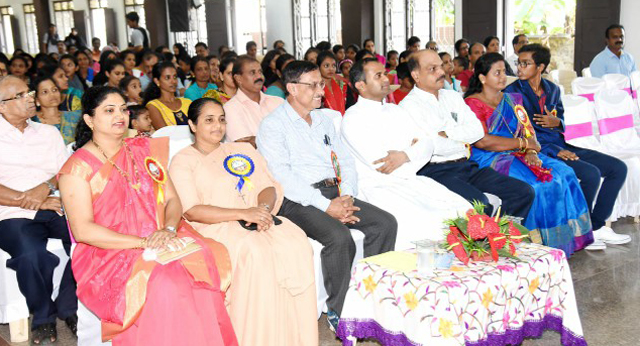 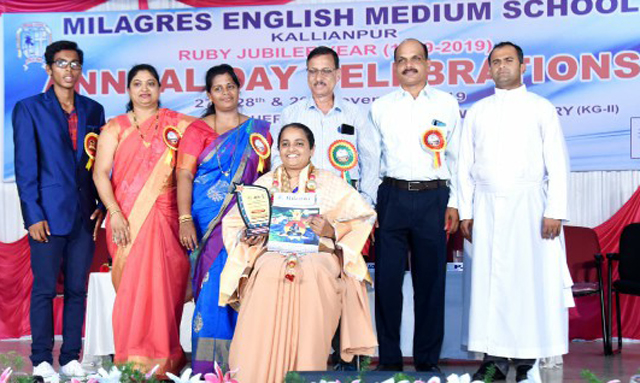 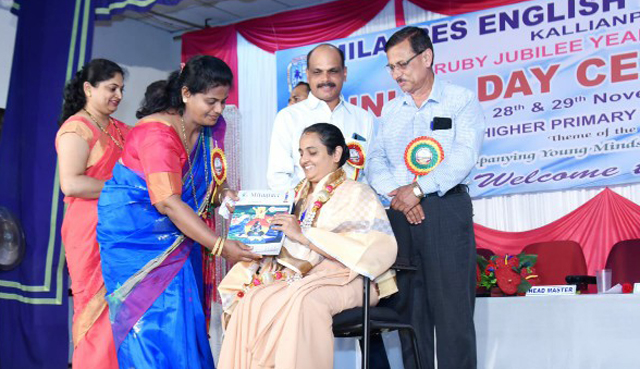 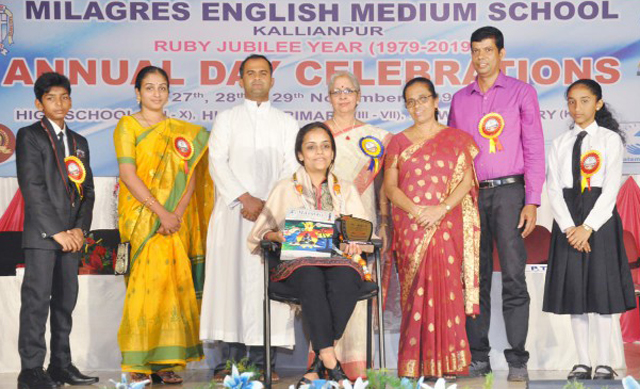 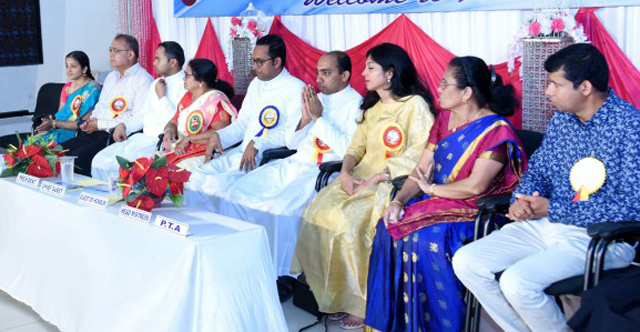 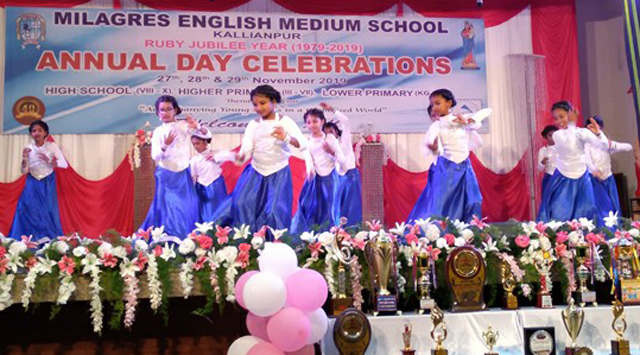 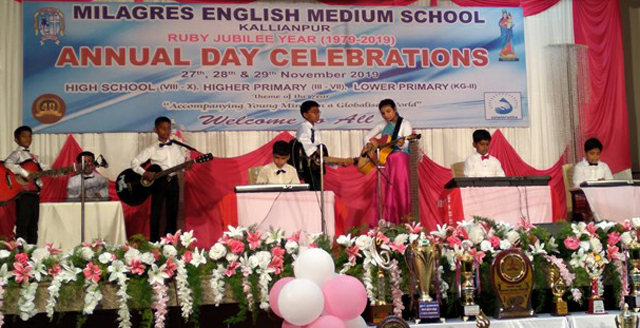 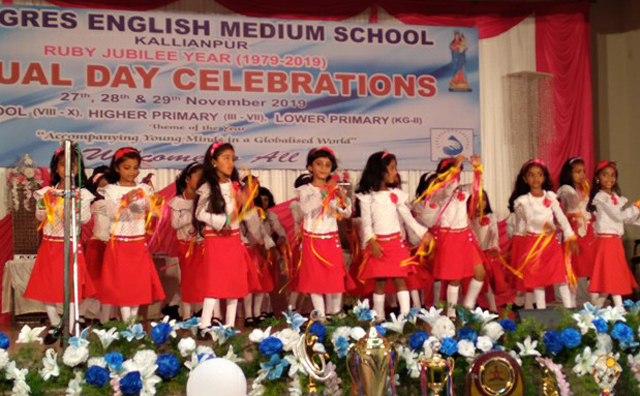 The High School section held its Annual Day on November 27 with Sr Preeti Crasta AC, principal of St Cecily’s Girls High School as chief guest. Dr Neri Cornelio, member of the school managing committee presided over the function. Endowment prizes were distributed by the chief guest. Students who excelled in sports at state level were honoured. Special achievers were felicitated along with top scorers of SSLC. Aaniya and Misha both from 10th standard received the award for the most talented students of the year. Lavanya from 9th standard received special honours for her splendid accomplishment of 21 awards in drawing competitions in six months in cultural category.

The primary section held its Annual day on November 28 evening with Fr Johnson Sequiera, principal of St Mary’s CBSE School Kannarpady as chief guest. Sambrata Shetty, alumni of the school was the guest of honour. Felciana Lewis, a member of the school managing committee presided over the function. Proficiency prizes and endowment awards were distributed by the chief guest. State-level achievers were honoured.

The entire programme including the formal programme to the school anthem was compered by the students.

Fr Lancy Fernandes SJ, principal of the school, presented the annual report with the record of events and activities, achievements and facilities. Veera D’Silva, headmistress, Michael Mendonsa and Jayeesh Kamath, PTA presidents of Primary and High School, Rekhs Shetty and Swati Nayak PTA vice-presidents of Primary and High School were present. Owin Rodrigues, member of the managing committee graced the occasion. School pupil leaders, Narain and Janice Furtado of Primary and Nashath and Raksha of High School were present on the dais.

Ayesha Shazin, Tanisha, Raksha and Mariam Zuni compered the programme. Every item of the cultural programme revolved around the theme of the academic year, 'Accompanying Young Minds towards hope filled future in a Globalised world'.