The previous night the herd was spotted passing through a nearby coffee plantation near Palangala in Virajpet taluk. "We presume the herd arrived the pond in search of water. However, in the process they must have fallen into the water," Regional Forest Officer (RFO) Gopal said.

According to the RFO, the ponds are generally created by the farmers during summer for watering the coffee plantation. "As it was dark, the herd must have fallen into the pond," he added. 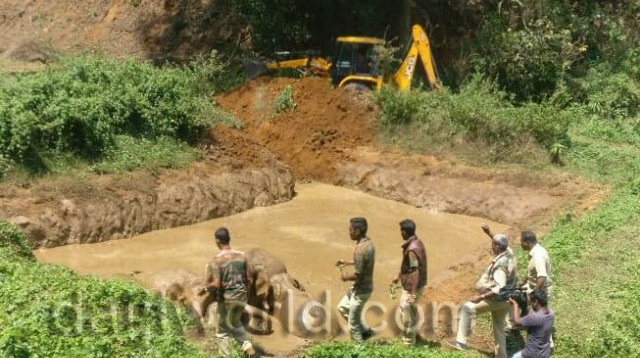 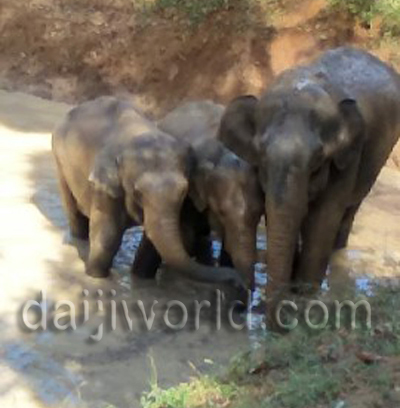 Meanwhile, the Forest Department officials on being alerted by locals at around 8 am reached the spot. However the operation was delayed due to the late arrival of the JCB machine.

While one group of rescue officials paved way from the pond using JCB machine, another group burst crackers to scare the animal in the direction. "Eventually, around 11.30 am we were able to rescue all the mammals from the water body,” the RFO said.

According to officials, shortage of rain in the region and scarcity of grazing forest area has increased the human-animal conflict especially in Palangala. While locals along with officials have rescued around nine elephants from watery-grave last month, another was shot-dead by unidentified assailants.