Udupi, May 18: In a tragic incident which happened at Anegundi in Seetanadi village int he district on Thursday May 17, two young men who went to swim in the rivulet lost their lives due to drowning. The deceased were Kiran Poojary (24), resident of Manikallu near Mandarthi, and Vikram Poojary (23).

The deceased were cousins born to close relatives. Kiran used to work for a hotel at Saibrakatte where he had worked till 9 am on Thursday. As a religious programme is scheduled at a temple near his home on Friday, Kiran had left his workplace early on Thursday, duly seeking holiday of three days from the hotel owner. He went to Hengavalli where Vikram had gone, and accompanied him to the rivulet for swimming. Before leaving for the rivulet from the house of a relative living near the rivulet at Avarse, the two had told them that they would return soon for lunch. The relatives went searching for the young men as they did not come back for lunch. They found cellphone and clothes of the youngsters on the bank of the rivulet but the men were not to be seen. Growing suspicious, they launched a search for them in the rivulet and recovered both the bodies. 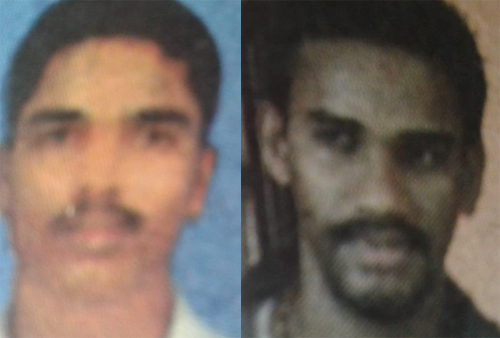 The locals guess that Kiran, who suffered from epilepsy, would have suffered seizures during the time he was in the rivulet, and Vikram would have rushed to his help but drowned. The rivulet usually has shallow water during the summer months, but on account of rains during the last two days, water level had gone up to six to seven feet. However, the locals say that this rivulet is relatively safe and no casualties had happened here in the past.

The mortal remains were transported to Brahmavar government hospital for postmortem. Kota police sub-inspector, Santosh Kaikini and other personnel visited the spot and registered a case.

It is gathered that Kiran had completed SSLC while Vikram had finished PU education. As their fathers had died young, both had started supporting their respective families since a young age. They were the only pillars of support for their families. The villagers have been grieving the demise of good-natured young men, both of whom were hard working and emotionally attached to their families.