Bengaluru: Upendra to enter politics through ‘Prajakeeya’, to contest next polls

Upendra was speaking to reporters in a press meet held at his resort. He was wearing a khaki shirt to identify himself with labourers.

The statement comes after reports appeared in media on Friday that either he would either form his own party or join BJP. 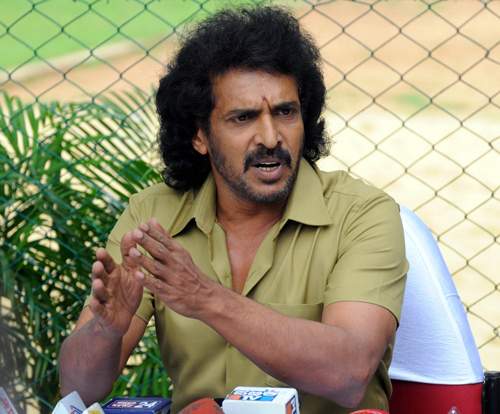 “People say that a lot of money is required to start a political party and also to run it. But I do not believe in that. Money is not necessary. Instead we can use technology. We are in the new age where mobile phones work as newspapers,” he added.

“I am against organising public rallies in order to get support from people. People in the past had no choice but to organise rallies when technology like today did not exist.  For holding these rallies they would spend a lot. These age-old methods are still in use unfortunately.  People are not happy with the present system and they want change,” he opined.

“There is no point in blaming the system and talking about it endlessly. I have one agenda to bring about change. And in that process, whether we win the election or not is not important,” he said.

“Politicians normally whip up emotions by indulging in caste politics. People should not support anybody out of emotion. Politicians claim that they serve people. But no one wants to be served. People are not crippled for them to be served by someone. The country needs labourers to work for its development,” Upendra informed.

‘Prajakeeya’ will be registered as a political party soon and applications will be called from all 224 Assembly constituencies for contesting the next election. The party is open to all those who have an urge to bring about change in society, he said.

Hundreds of people including political leaders have welcome Upendra’s initiative to enter into politics.

Title: Bengaluru: Upendra to enter politics through ‘Prajakeeya’, to contest next polls