Mangaluru: Siddaramaiah is insensitive to problems of people- Poojary

Mangaluru, Jul 26: Former Union minister B Janardhana Poojary addressing a press meet at Press Club on Tuesday July 26 said, "Chief Minister (CM) Siddaramaiah has not taken the indefinite strike of 1.23 lac employees of the four state-run bus corporations seriously. Six crore people in the state are suffering and blaming the government and the party for the inconvenience they faced." 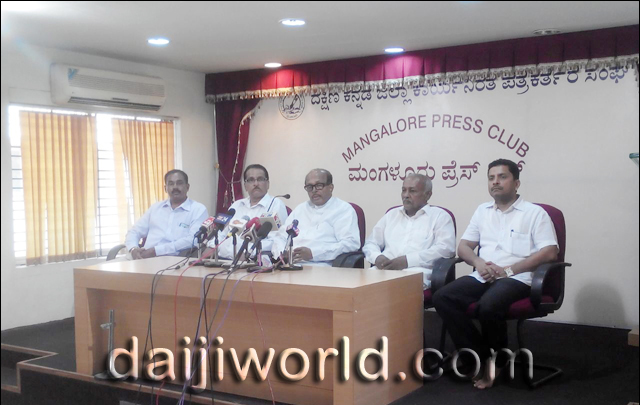 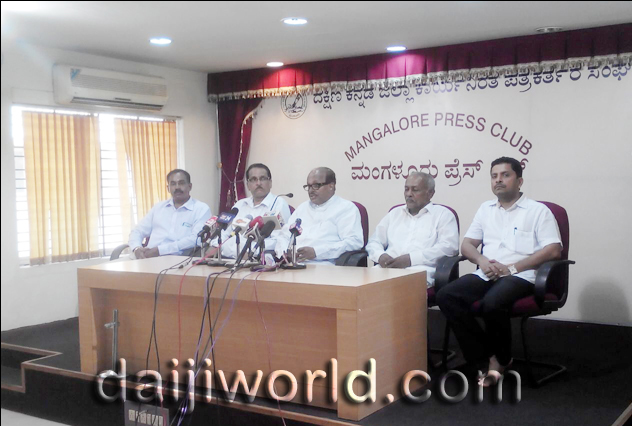 "The CM Siddaramaiah has had the experience of working in various positions, as finance minister, deputy chief minister and chief minister. Today he is acting blind and dumb though he has eyes and a mouth. People in the state have been discussing the issue on the streets. Prior to the elections, people had faith and expectations on the government, but in these three years, that faith has been changing day by day. Chief Minister Siddaramaiah is responsible for that, as he has not listened to anyone nor has he responded to the problems," he added.

Praising former union ministers for labour and employment Oscar Fernandes and Mallikarjun Kharge he said, "Both leaders had responded to the problems of the labourers. Oscar Fernandes took into confidence all the unions affiliated to the various parties and had a meeting with the labourers in their time of crisis and responded to their problems. Today I ask the CM, when there are good past labour ministers, why he cannot hold discussions with them? His negligence is not strengthening the party but bringing down its strength."

Poojary also questioned the CM about his work in the government. "What good work he has done in his tenure of three years in the government? Why no FIR has been filed against police inspector Sanjeeva Gowda who abetted the attempt of suicide of sub-inspector Roopa? Is he trying to change the law of this land? Even in the cases of D K Ravi and DySP Ganapati, they are trying to change the definition of the dying declaration which is unpardonable. Several farmers have committed suicide and still how many more farmers are expected to commit suicide? How much compensation has he paid to the farmers? Let the people know."

Poojary said that the Congress high command is observing these developments and it will act soon. "His chair is shaking, but there is still time. Let him go to the high command for a discussion. If not, the high command will call all MLAs' meeting and take a decision. Either Oscar Fernandes or Mallikarjun Kharge will become CM. If the party shows preference for a lady CM, Motamma is available. D K Shivakumar is also available. There is no scarcity for leaders in the party." Poojary said.

Responding to a question on why he called the press meet at the Press Club instead of Congress party office, Poojary answered, "As you are all aware that in a recent visit of Dinesh Gundu Rao it was stated that those speaking against the party or government should not use the Congress Party Office. However, Dinesh Gundu Rao does not know that I am saving the party. I did not want to d embarrass him, so I did not use the Congress office."

On the news that he is being sidelined by the party, Poojary said, "No one can sideline me in their lifetime. Dinesh Gundu Rao is knowledgeable, but Ramanath Rai is not."

Kallige Taranatha Shetty, Arun Coelho and others were present in the press meet.

Title: Mangaluru: Siddaramaiah is insensitive to problems of people- Poojary